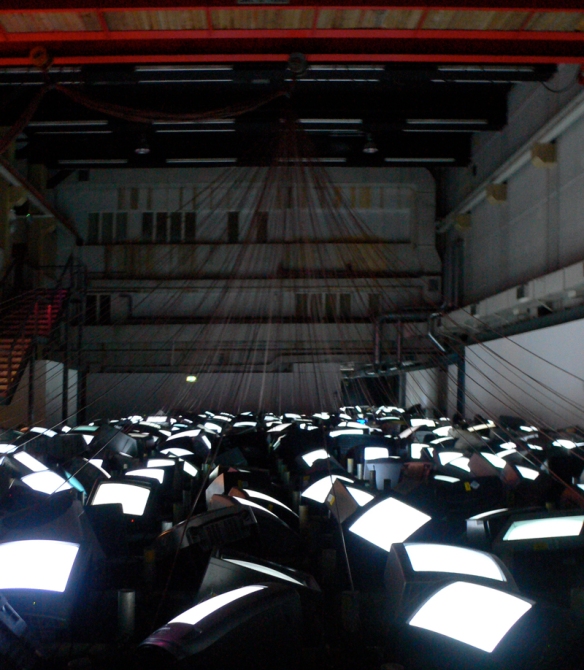 As of Wednesday, analogue telly is a thing of the past. Well okay, it’s clinging on for a few more months in a couple of parts of the country, but for most of us in the UK old tellies either need to be attached to a digibox or it’s all over. At Ambika P3, David Hall’s End Piece … exhibition (part of which I wrote about here a week or two ago) is a fitting way to mark its passing. The centrepiece of the exhibition is the extraordinary, descriptively titled installation 1001 TV Sets (End Piece). With the analogue switchoff on Wednesday the work went from being a bewildering jumble of images with a cacophonous soundtrack to 1001 different types of snow. The sound is still loud but it’s a constant static now rather than the chaos of five competing television channels.

END_OF_DOCUMENT_TOKEN_TO_BE_REPLACED 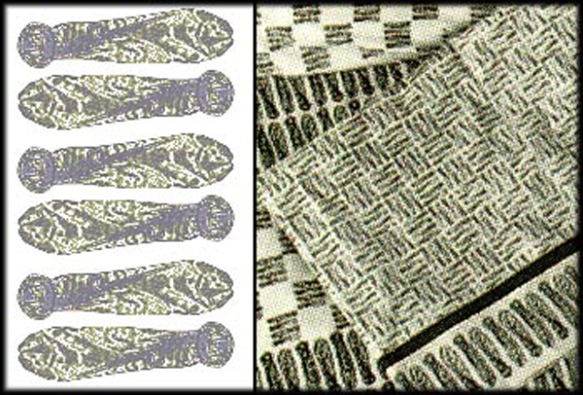 The television interventions of the likes of Hall, Arnatt and Burden are things I always tend to think wouldn’t happen now, or at least not on mainstream television. But there’s this nagging doubt that say, but if those things aren’t possible, how did art – and pretty subversive art at that – sneak its way into Melrose Place (yes, Melrose Place, an Aaron Spelling production) as recently as the mid to late 1990s? It doesn’t sound likely. And yet, it happened.

END_OF_DOCUMENT_TOKEN_TO_BE_REPLACED

Art and television don’t have much of a relationship. There are programmes about art, of course, but even though video art is pretty common in galleries, there’s not much actual art on TV. To an extent, it was ever thus. But there are some interesting examples, and as the analogue switch-off approaches here in London, it seems like a good time to think about them, especially as the occasion is being marked at Ambika P3 with a timely exhibition of David Hall’s work.

Trained as a sculptor, David Hall turned his attention to experimental film at the start of the 1970s, ultimately becoming a pioneer artists’ film and video in Britain, and coining the phrase time-based media. In 1971, Hall was commissioned to make a series of works to be broadcast on Scottish television. This series of TV interruptions were broadcast unannounced and uncredited to what must have been a somewhat baffled audience.