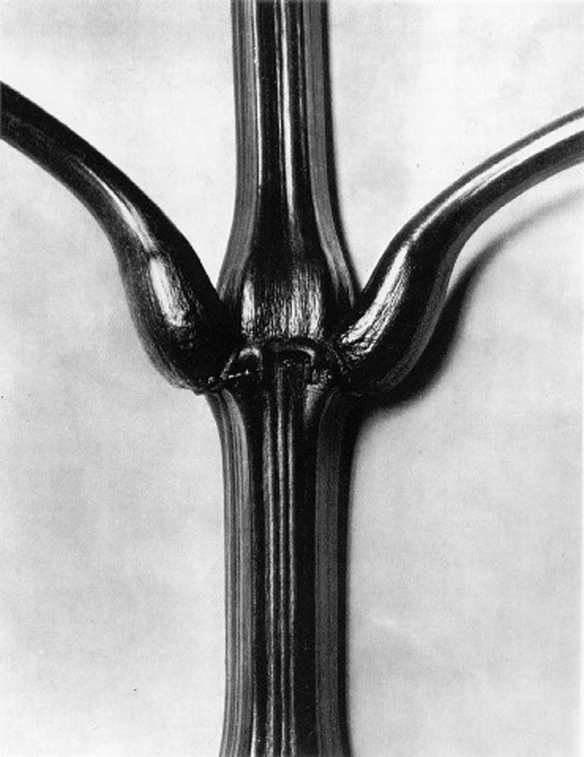 Aesthetically I rather love Karl Blossfeldt’s photographs of plants but they’re images I don’t really think about often. Joan Fontcuberta’s Flora series brought them to mind though and has send me back to take a fresh look. The images, made in the early twentieth century are simple close-ups of plant details. There are gorgeous curves, beautiful textures and, above all, weird forms that, while clearly plants, don’t seem quite real.

Many of the images, like the passionflower, are almost architectural in their structure and modernist in their simplicity. Others seem intensely detailed and carry a tension that comes from the sense that the plant is not yet done: there is a transformation – like the unfurling of a fern – still to come.

Some don’t quite seem real. Unlike Fontcuberta’s photographs, the images here are true; they just sometimes seem improbable as too many buds seem to be bursting forth from too small a space.

And then there are the spikes. The combination of soft curves and fierce spikes is an intriguing one and the intensity of the close-up emphasises this.

Above all what I like about these images is their simplicity. I’m not, as a rule, easily won over by black and white photography, but here the drama and unfamiliarity it brings is an essential part of the success of the images.

That the plants are photographed in a matter of fact way against a white background makes the images feel scientific or like a museum record. It may be that part of what draws me to the pictures is the neutrality of this museum-like approach (indeed it’s something I’ve used in my own work on more than one occasion). 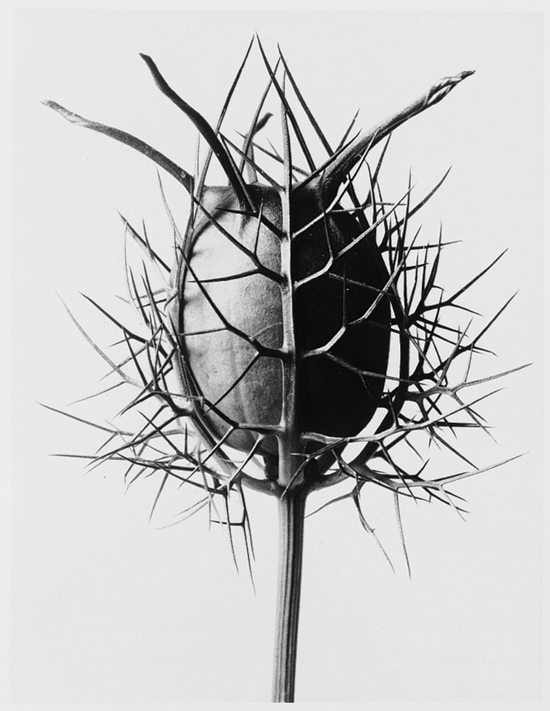