Ladders are maybe a clunky route in to thinking about journeys or uncertain outcomes but the ladders in Jim Lambie’s Shaved Ice are pleasingly odd. The colourful ladders seem to offer the possibility of reaching some higher place but the addition of mirrors into gaps between some of the rungs distorts the space and makes it hard to either trench or understand one’s destination. 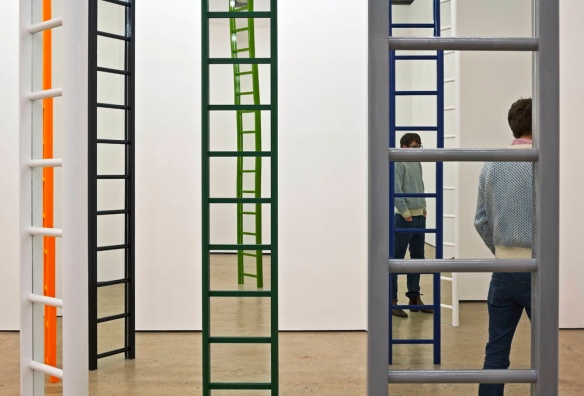 What fascinates me about this work is the combination of the excess of having so many ladders in such a small space and the ridiculousness of them standing apparently unsupported and the visual confusion created by the mirrors. It becomes hard to make sense of the spece, much less figure out what would happen if one were to take the leap of faith involved in attempting to climb a ladder here.