Still firmly back with the best of the shows I saw but failed to write about last year, I find myself wondering how it can possibly be true that I have been writing this blog on and off for three years and I have yet to write about the work of Joan Fontcuberta despite having loved his work for many years. I guess in part it comes down to there not having been a major exhibition of his work here until Stranger than Fiction at the Science Museum, which is now on show at the National Media Museum in Bradford (so even though it’s taken me an age to write about it you haven’t actually missed it yet).

For me there’s a lot to like about Fontcuberta’s work. Firstly, there’s a sense of the absurd running through his practice that I enjoy. In some works the earnestness of the conceit is such that it can take time to peel back the layers and work out what’s fact and what’s fiction; other series are altogether more gentle and, of course, the work is often laugh out loud funny. 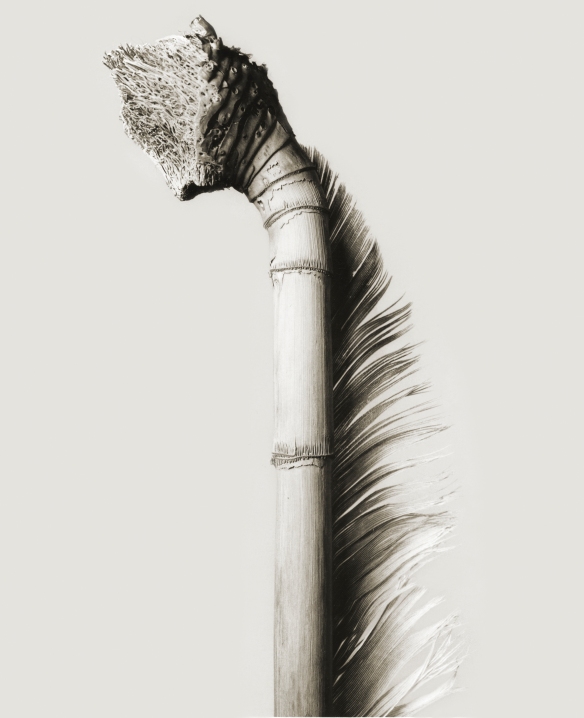 The series Herbarium made in 1984 is, at first sight, reminiscent of the work of Karl Blossfeld and it’s the closeness of that reference point that makes this really work as a series I think. It means that our initial reading is a trusting one: these are photographs of plant specimens, it’s only a closer look that gets beyond the quiet beauty of the image and hints at the fiction. All is not as it seems: whatever is going on here it’s clear that these plants are made not grown. The plants, sufficiently reminiscent of actual plants to trick the eye initially, are strange forms; plantlike features merge seamless into elements that seem far from organic. Each picture is a puzzle. A very beautiful puzzle.

The question in part is why? What’s the point of these strange species? If all this was about Fontcuberta tricking us because he can, I’d be happy with that, but in reality I thinker’s about far more. Perhaps as a starting point, it’s about questioning what we see; just because some things are exactly what they seem, our default position should be a sceptical one. We are now, of course, far more visually literate than we were three decades ago which Herbarium was made. In the age of PhotoShop we are wise to image manipulation like never before but even now, despite knowing otherwise, we often still see photography as imbued with some element of truth. Joan Fiontcuberta’s work is a reminder that that is at best an illusion.

I will, I’m sure, write more about Stranger than Fiction. I love the Herbarium series, certainly, but I love Fauna more. And then there are the night skies. And the miracles. Basically, I like it all. And each series has something uniquely interesting about it. So, more later. Probably.

1 thought on “Truth or dare”