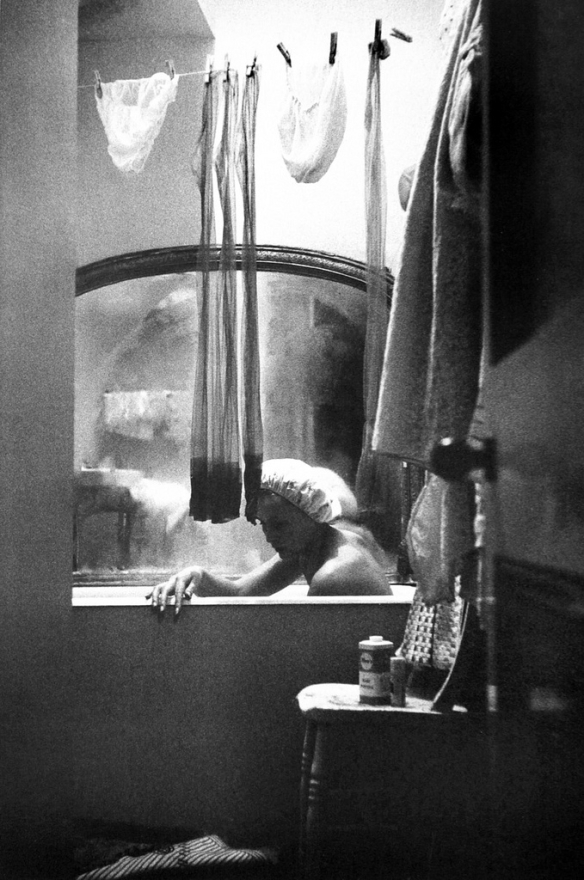 Eve Arnold, One of four girls who shares a flat in Knightsbridge, 1961

The premise of Tate Britain’s exhibition Another London: International Photographers Capture City Life 1930–1980 is an interesting one. How does London look to those who arrive here from elsewhere? These are pictures made by people who were either visitors to London or who had adopted it as their home. The answer is that it looks both familiar and strange but, in the main, I think perhaps the strangeness comes less from the viewpoint being that of a non-Londoner than from the pictures coming from the foreign country that is the past.

The earlier pictures are interesting as history pieces – it’s always fascinating to see that mix of familiar places playing host to people from a different time and there is something great about London fog on film – but it’s the images from the 1960s and ’70s that interested me more. This is the London in was born in and the city of my childhood making the pictures are a stark reminder of quite how much life has changed, and not just in London. In places it feels like the exhibition might just as well be called Another Planet.