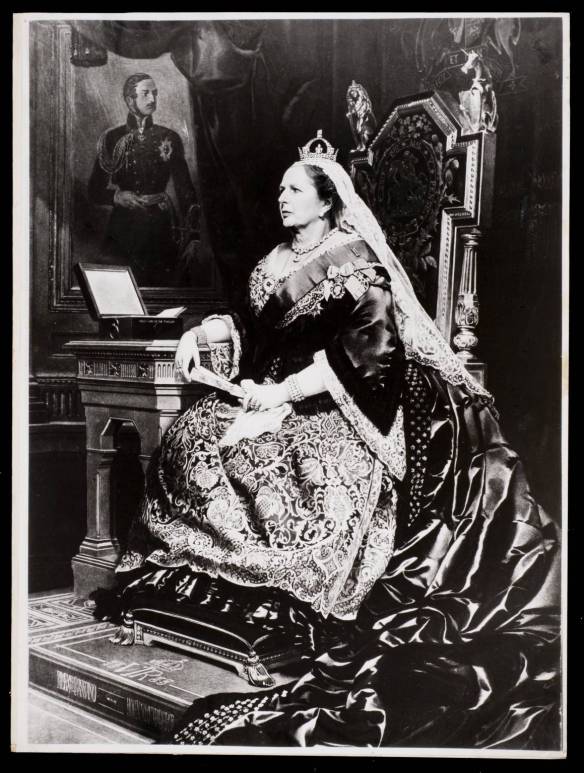 However one feels about Margaret Thatcher – and regular readers may by now suspect I’m not a fan – the ceremonial funeral seems like a contentious decision at the very least. Add to that the fact that it’s been discussed in the media as following the model of the funerals of Daina, Princess of Wales and the Queen Mother and it becomes easy to see Thatcher as receiving the royal status she seemed to award her self when she announced “we have become a grandmother.” Which, to my mind at least, makes this a good day to write about Maggie Regina, Peter Kennard’s 1983 depiction of Margaret Thatcher as Queen Victoria.