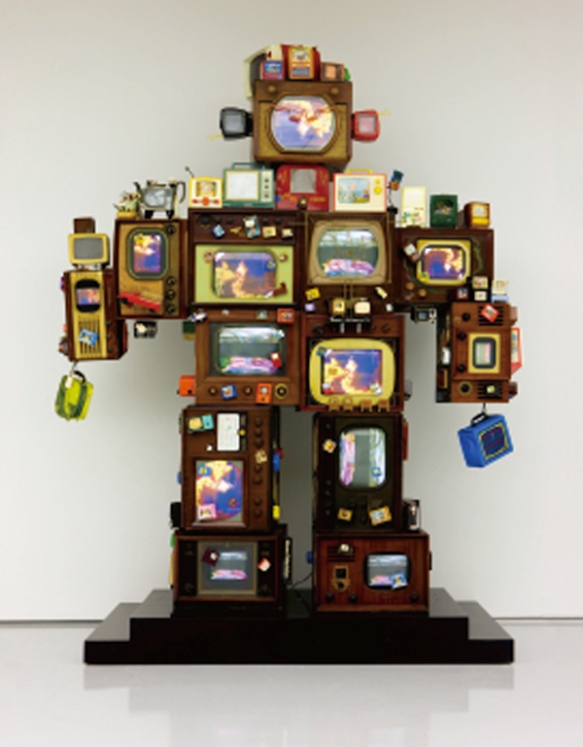 As we lose the analogue television signal, the impetus to get rid of old analogue televisions is even stronger. The cathode ray tube makes them bulky and heavy next to the sleek lines of plasma and LCD televisions and the need to have an external box to pick up a signal adds to the feeling that the time has come. But that same bulk that seems so annoying in the average living room is key to quite a lot of art from the last few decades. The box is part of what can blur the boundaries between moving image and sculpture. In the case if Nam June Paik’s TV is Kitsch it is the physical presence of the television casings that gives the work its form.