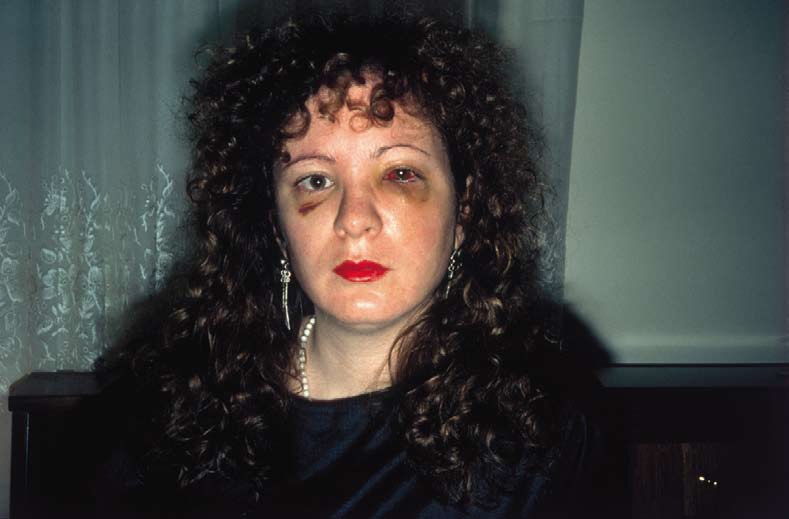 Nan Goldin, Nan One Month after Being Battered, 1984

Nan Goldin’s pictures from the late 1970s and 1980s provide a unique record of a slice of New York life at a time when hedonism was giving way to tragedy. The body of work she titled The Ballad of Sexual Dependency focuses on those who hung out around the Bowery where a hard-drug subculture met an emerging gay scene.

As a student in Boston, Goldin had shown her work in the form of Cibachrome colour prints; moving to New York she switched to showing work as slide shows often with a soundtrack and shown in clubs. The pictures were made using available light and most have a snapshot aesthetic. They document sexuality, drug use, domesticity and the sometimes violent relationships of Goldin and those she hung out with.