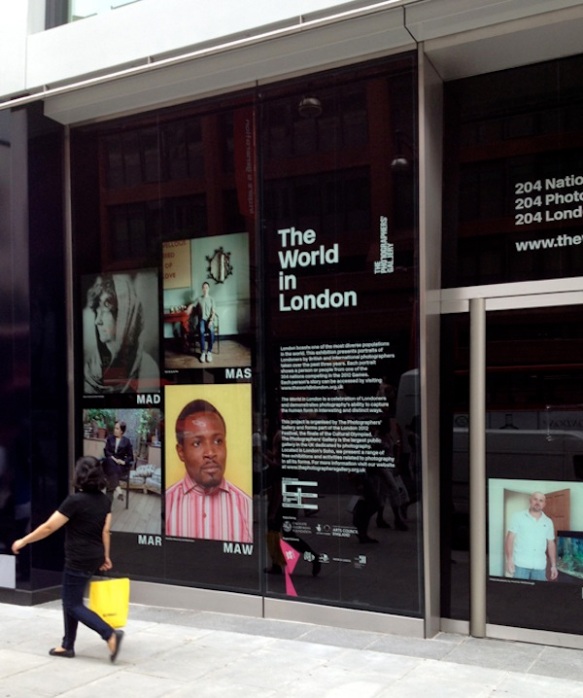 The World in London, which I wrote about in the previous post, is unusually in that the exhibition is being shown at the same time in two venues in the same city (although the Oxford Street installation will stay on display after the Olympics close on 12 August). Although the design of the two installations is recognisably the same in terms of its graphic identity – which is kept very simple, and although my preference would generally be to see images on white the black background does work reasonably well here – the way the work is shown is rather different and offers two different readings of the collection of photographs.

On Oxford Street, the images are displayed as a grid, albeit an uneven one with some images larger than others, in part because of the range of formats used by the photographers but occasionally determined by the architectural grid of the building. Exhibiting photographs in a grid is a strategy used by Bernd and Hilla Becher who grouped their pictures of industrial buildings together by type and it’s hard not to read grids of photographs as typologies.

END_OF_DOCUMENT_TOKEN_TO_BE_REPLACED 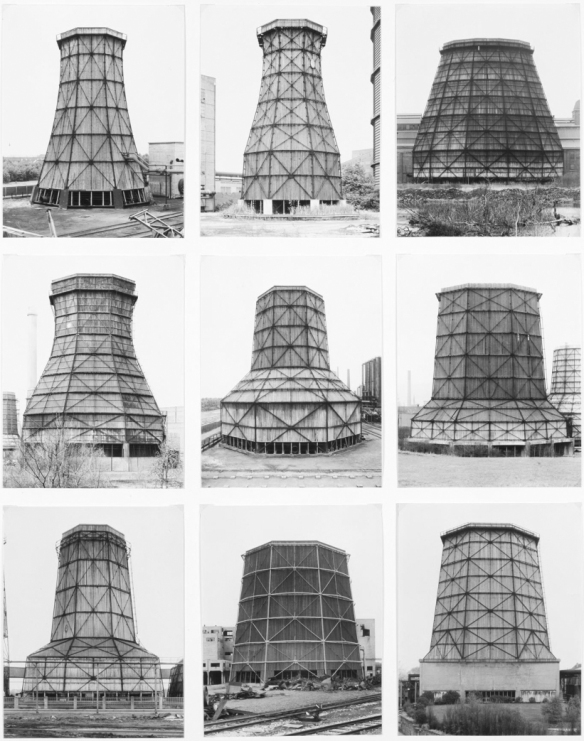 It would, I suppose, be possible to see Bernd and Hilla Becher’s pictures of industrial structures as boring, particularly if one were to restrict one’s attention to one or two pictures, though for me I think fascination with the detail always wins out. These are perfect pictures. They record the appearance of industrial structures – water towers, gas holders, mine heads etc – with complete objectivity and in forensic detail. The pictures were made over a period nearly five decades – they started collaborating in 1959 and continued until Bernd Becher’s death in 2007 – using a large format camera in the neutral lighting of overcast weather. The structures are viewed straight on, so that verticals remain vertical; the large format camera helps here but the Bechers also worked from raised viewpoints so that we are looking at the structures as directly as possible.