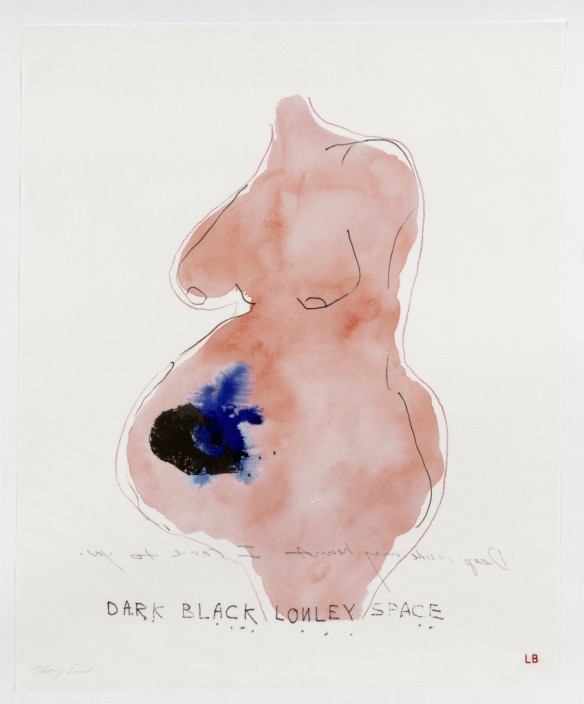 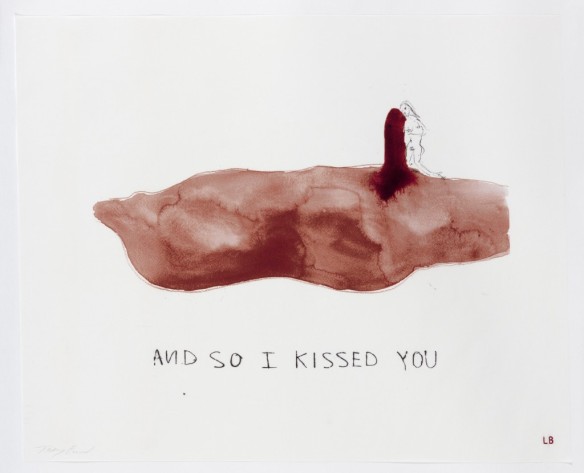 Though there are similarities of style between the work of the two artists, it’s the similar nature of their subject matter and the way both made concerns from their early life the subject of an ongoing exploration through art-making for decades. With both artists making autobiographical and highly confessional work and sharing concerns such as love, sex, betrayal and motherhood – or in Emin’s case, more accurately, with motherhood as an impossible state – the potential for an interesting collaboration was considerable. 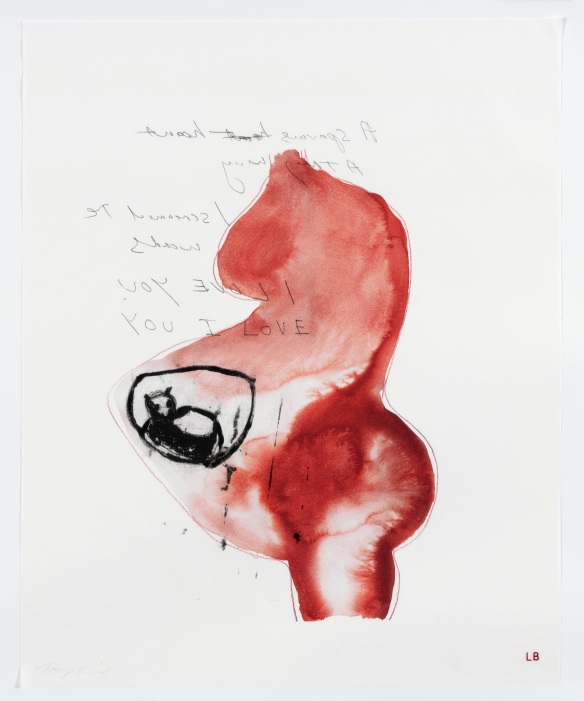 In London, the works were shown at Hauser and Wirth at their Old Bond Street space – no longer used now that they have the Savile Row spaces, I think – in 2011. The gallery, which is rather grand, with red walls and a parquet floor, is unfamiliar territory for a contemporary art audience more comfortable in white cube spaces or indeed empty shops or former industrial buildings, but it’s one Hauser and Wirth always used well and Do Not Abandon Me both fitted and challenged it. The prints are modest in scale and the bloody, bodily nature of the colours Bourgeois used meant that there was no immediate visual incongruity but as the nature of the images became apparent there was a conflict between the polite surroundings and the nudity, Emin’s words and the somewhat prominent phalluses. 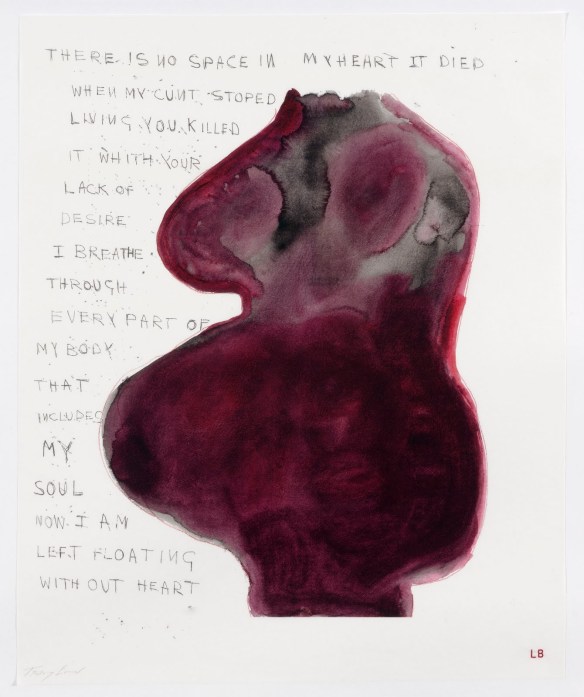 There was a lot about this body of work that interested me and on the whole I thought the collaboration just about worked. I wasn’t completely won over though. Bourgeois paintings are beautiful in their way; they lack the direct narrative of much of her work but as the opening round in a collaborative process that seems like a good decision and the intensity of colour and the way it washes out in places speaks of the body and of pain in a quiet way. Emin’s additions – figures drawn in her trademark scrawly way and text with the usual spelling mistakes and mirror writing – don’t really do it for me. I confess I have an ambivalent relationship at best with Emin’s work and her drawings and prints often just don’t work for me. Occasionally there’s a piece that seems to speak if not exactly a universal truth then at least something we vaguely recognise as shared experience but in many of the images in this series it’s Emin at her most self-absorbed. 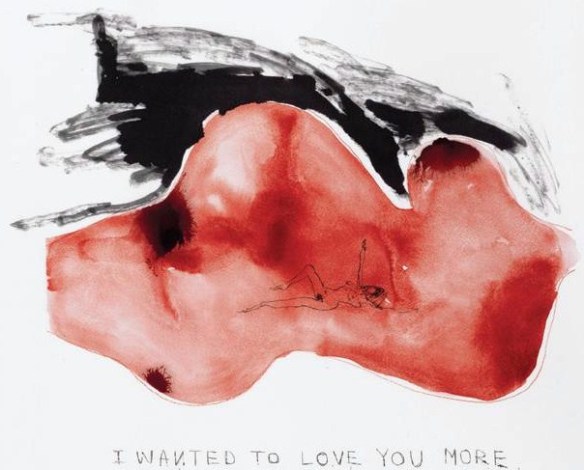 I really wanted to like this body of work. I like the idea of it and, though I’m not always won over by Emin – and, and herein lies the problem, when I am, it’s usually by her earlier work I think – the pairing seemed like one that should work. There were moments that made me smile and some pieces in the series do work quite well but overall I wasn’t really moved by this. So the title of that last image seems to sum things up for me.

3 thoughts on “I wanted to love you more”