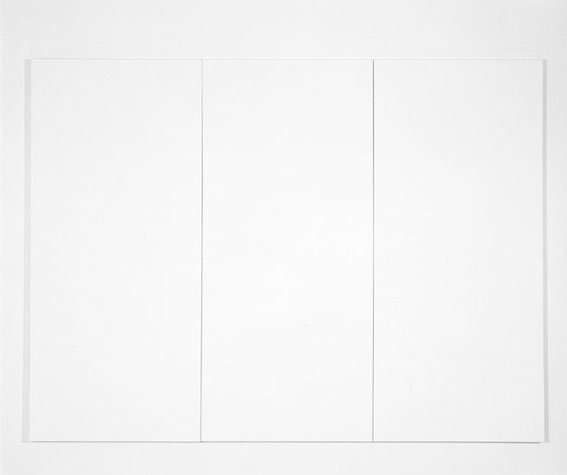 In the summer of 1951, at Black Mountain College, Robert Rauschenberg made a series of white paintings using household paint which he applied to the canvases with a roller. There are several different arrangements of canvases but common to all was the absence of an image beyond shadows and reflections of the space they were in, an indistinct, ambient image if you will. Nothing had become art.

Rauschenberg’s white paintings are cited by composer John Cage, who studied at Black Mountain College along with Rauschenberg, as an influence for his work 4’33”. 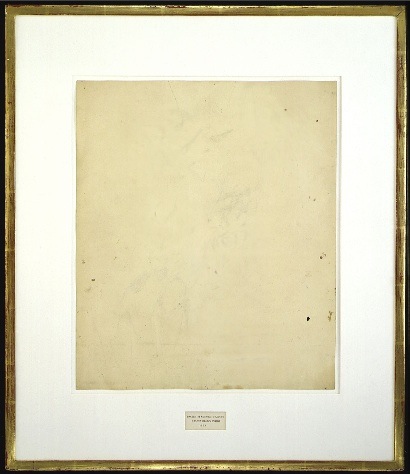 Rauschenberg followed the white paintings, which by virtue of lacking an image effectively make nothing the subject of the work, with the removal of an image to create an empty work. In Erased de Kooning (1953), Rauschenberg carefully rubbed out a drawing by Willem de Kooning. He did this with de Kooning’s agreement (de Kooning didn’t make it easy, the drawing took Rauschenberg a month to eradicate) but in erasing the work of one of the most prominent artists of the previous generation, Rauschenberg was effectively claiming space for his generation of artists.