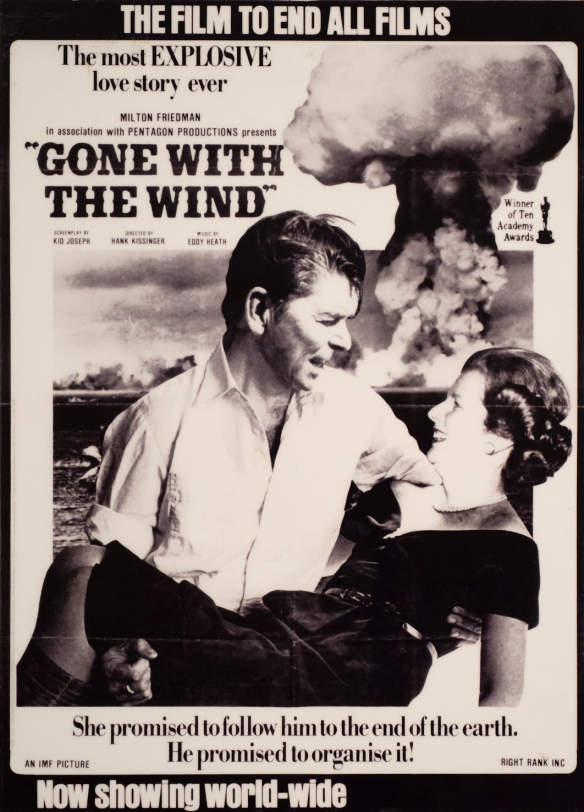 Much was made of the so-called special relationship between Britain and the United States in the Thatcher/Reagan era and in 1982 the threat of nuclear weapons being used seemed an ever-present one and the arguments about their siting on British soil the subject of countless CND protests.

Though made for the Socialist Worker – Houston was the paper’s art editor, Light a docker who approached him with the idea – the image reached a rather wider audience when distributed in poster and postcard form. (There may also have been mugs, but it seems entirely possible I imagined those.) The humour, in the tradition of political image-making, is simple and straight-forward but the nature of a film poster is that, as well as an image, there is text to be reworked and names to be changed to identify the guilty.