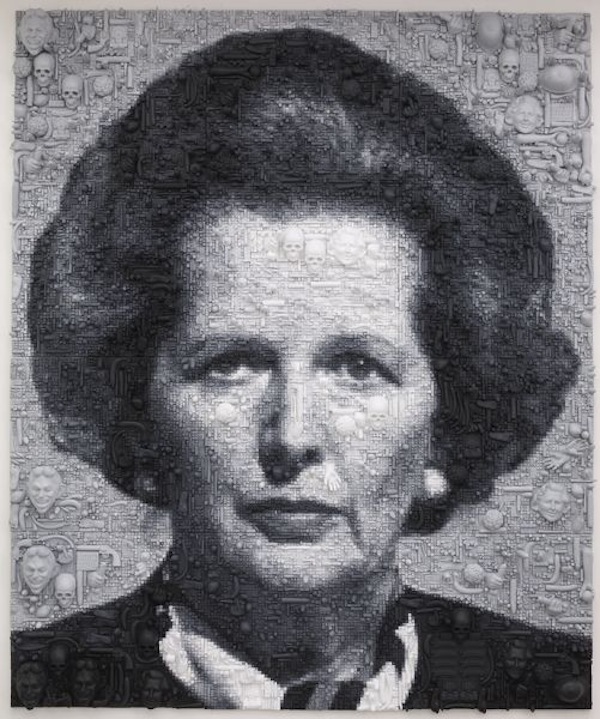 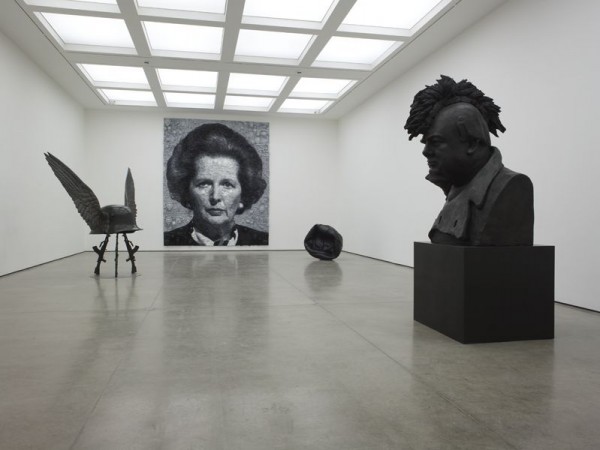 Arriving at White Cube Hoxton Square for Harvey’s White Riot exhibition, it was Maggie that immediately engaged my attention. Occupying almost the full height of the gallery’s far wall, it would have been pretty hard to miss and the image was such a familiar one. But there was also something strange about it and it’s that that made me cross the gallery to see it close-up before casting anything more than a glance at any of the other works. The oddity was down to the sculptural nature of the painting’s surface. This time, rather than using plaster cast objects to apply the paint, Harvey had attached black, white and grey plaster cast objects to the canvas (well, probably not actual canvas but you know) to become the painted surface. And it was the objects that both fascinated me and made me laugh.

2 thoughts on “And finally”