Bob and Roberta Smith knows how to make a point. In the exhibition The Art Party USA Comes to the UK at Hales Gallery at the moment (okay, not for much longer but there’s still a chance to catch the show if you’re quick), he’s in full-on soap box mode – he’s even made his own soap boxes for the occasion – in a bid to entice us to join the Art Party of the USA. The starting point for the Art Party was Bob and Roberta Smith’s May 2011 letter to Michael Gove, which he published to encourage others to write in to emphasise the importance of art in the school curriculum. Not a political party in any traditional sense, according to the website in order to join one simply needs to “make some art and encourage others to do so!”

The exhibition includes a party political broadcast made by Bob and Roberta Smith in the Leytonstone Centre of Contemporary Art (a shed in the artist’s, or should that be artists’, garden) along with many of the slogan paintings that feature in the broadcast, a couple of signwritten sculptures and quite a lot of bunting. The letter to Michael Gove gets the signature Smith (and Smith) signwriting treatment to become a large scale painting as does Picasso’s speech to the 1950 Sheffield Peace Conference.

I’ve yet to see an exhibition by Bob and Roberta Smith that I didn’t enjoy but what’s particularly engaging here is the mix of politics and humour. Perhaps inevitably I am carried along by Smith’s infectious enthusiasm and his evident commitment to the serious point he is making about the importance of art as a core part of the school curriculum. As the painting says, “all schools should be art schools”. 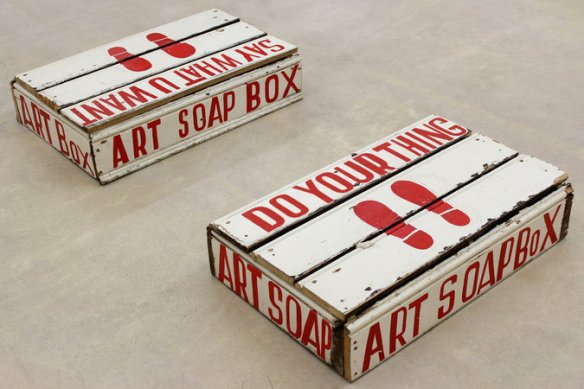 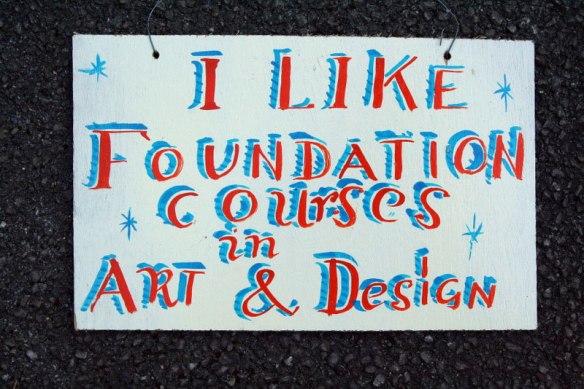