At first sight, Simon Starling’s Shedboatshed (Mobile Architecture no. 2) appears to be a readymade. It’s an old shed. It looks a bit the worse for wear, but age will do that to a shed. Things aren’t quite a simple as they appear though and the first clue’s in the title.

Shedboatshed is a shed. Shedboatshed started out as a shed. But it hasn’t always been a shed. Starling turned an old shed, which he’d found in the banks of the Rhine, into a boat which he then used to get to Basel, carrying the unused parts of the shed in the boat. On arrival, the shed was reassembled and exhibited in the Kunstmuseum Basel and later that year in Tate Britain as part of the Turner Prize exhibition, which Starling won. 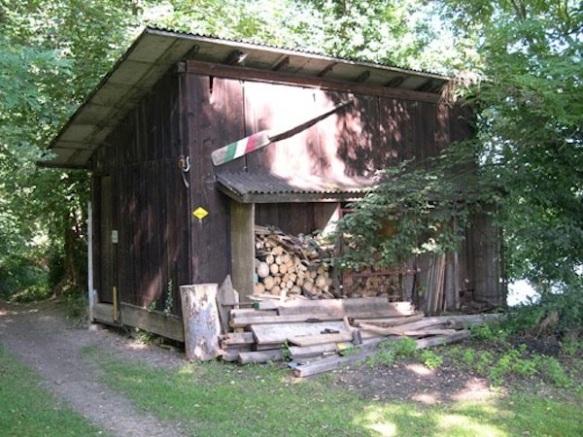 Shed. Or Shedboatshed, the before picture.

While Shedboatshed is in some ways an assemblage work – the boat after all was assembled from bits of shed before the shed was assembled from bits of boat – fundamentally this is a work that is all about the idea. The aesthetics of the piece are largely irrelevant, it’s all about the slightly ridiculous undertaking and the way we imagine the process. Looking at the rebuilt shed in the gallery, I found it impossible to see it terms of anything other than the idea – the journey – it represents.

Boat on the Rhine

That’s not to say that I glanced at the work and moved on. Quite the contrary in fact. There’s a definite fascination in looking for signs of the boatness of Shedboatshed, no matter how much I might already know about the idea, it’s intriguing to find evidence that it’s an idea that was properly realised though in some ways I’m not sure why that should be. To me, the idea is an interesting one and would be interesting regardless of whether or not that’s really how the shed made its way to Basel, but I suppose it would have been interesting in a different way as hoax.

As art objects go, Shedboatshed is definitely a pretty challenging one. It’s definitely the sort of art that attracts a certain amount of bad press, or at very least a lot of questions about whether or not it’s really art at all. Those aren’t the challenges that interest me though. The real question for me I think is where work like this sits in relation to the idea of the readymade. But some of Dumchamp’s readymades had elements of assemblage. In Bicycle Wheel (1913), Duchamp’s first readymade, a bicycle wheel and stool have been joined together. Arguably, in Shedboatshed (Mobile Architecture no. 2) a shed and a boat have been joined together, just in a rather less straightforward manner. 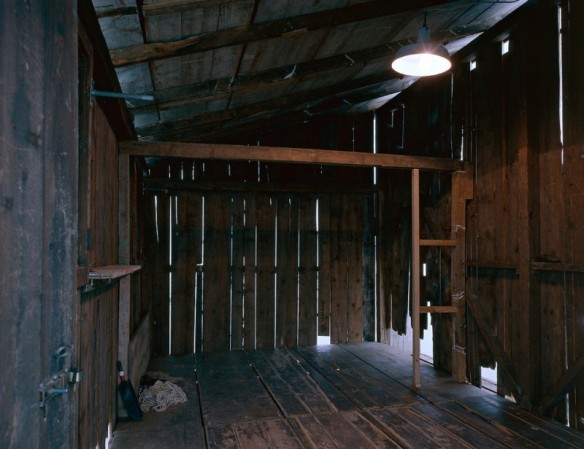 7 thoughts on “The reassembled object”