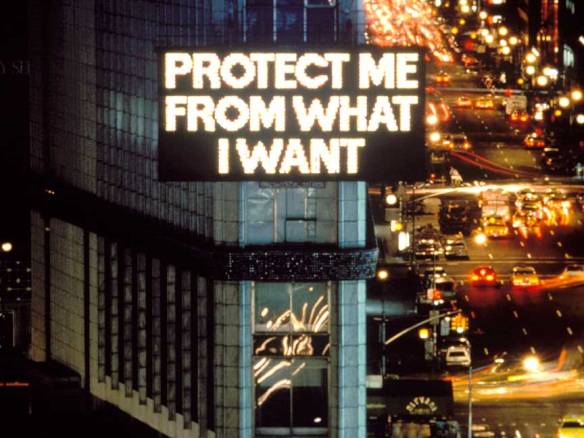 For Jenny Holzer the work lies in the words rather than the particular way in which they are disseminated. So her Truisms have been projected in public spaces, worn as T-shirts, placed on gallery walls, plaques, stickers and postcards and more. The art lies in getting the words out there. Of course there are aesthetic and conceptual decisions about how and where they appear but it is the text and the way the audience encounters it that drives these.

Among the means of display Holzer employs, several involve sites or approaches more usually associated with advertising automatically colouring our response to the messages. Holzer’s slogans often challenge the political status quo in some way, making this appropriation of public display mechanisms all the more interesting. 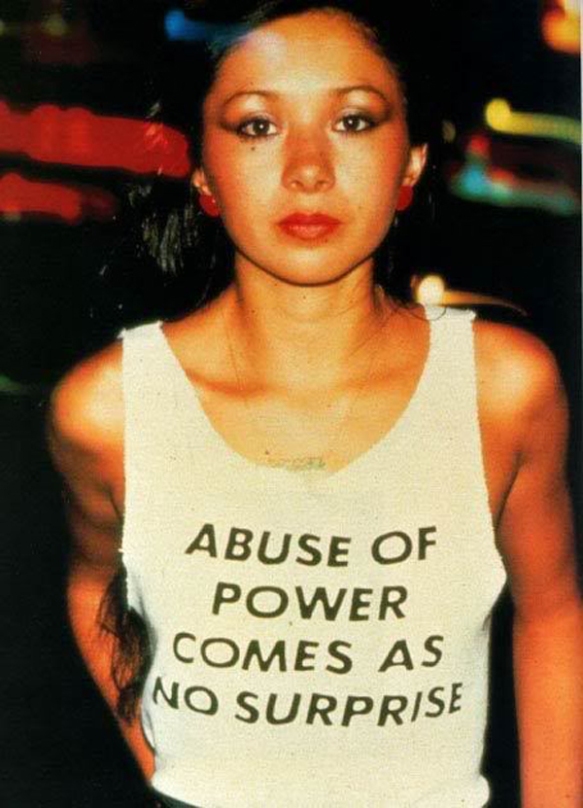 Holzer’s texts are sometimes alarming, sometimes sinister, sometimes funny, sometimes touching but almost always thought-provoking. The same phrases may appear in several guises and, accordingly, experienced very differently. The way we respond to something read on a gallery wall isn’t the same as our response to a slogan on a T-shirt or s sticker noticed in a public place. 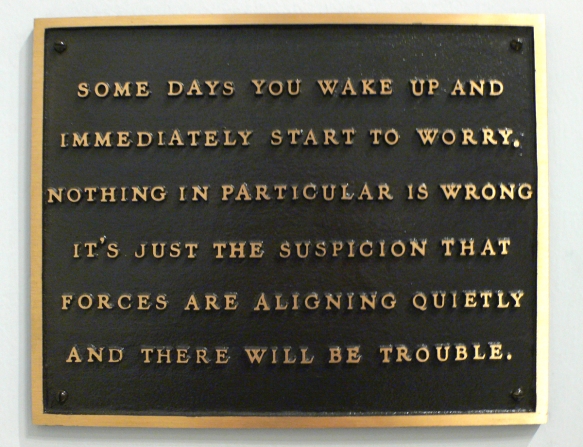 For the Living series, Holzer used bronze plaques as a way of giving the work a level of authority; we read such signs as being official but the text undermines that impression. This is a work that always makes me smile; somehow, though it appeals to a vague sense of paranoia, it seems very cheering. 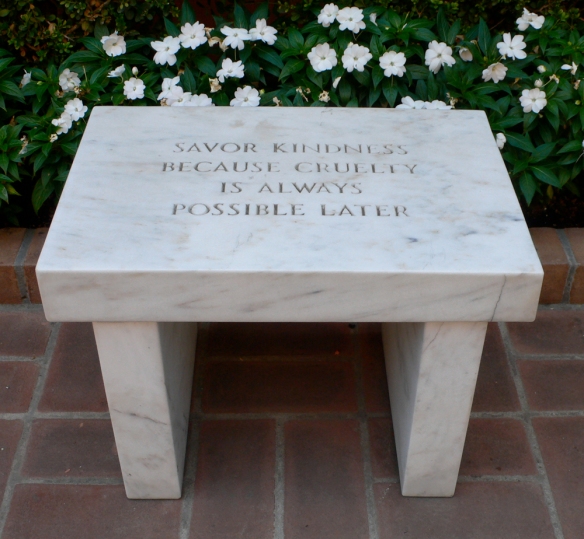 In recent years, Holzer’s work has often operated either as large scale gallery installations of moving text, an approach employed to good effect at the Guggenheim in New York in 1990 and in a long-term installation at the Guggenheim Bilbao, or as projections onto the outside of public buildings, often highlighting politcal issues in a way calculated to reach as wide an audience as possible. 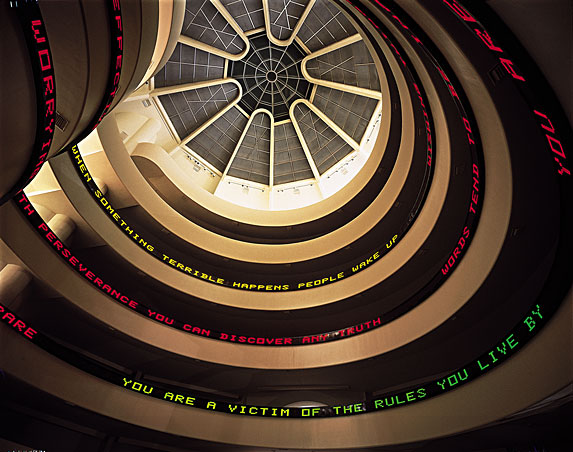 The use of exterior projections is interesting in that it creates a visual confusion by layering onto public buildings unexpected – and sometimes controversial – imagery such as documents from the National Security archive released under the Freedom of Information Act. By making documentation which is generally hidden very public, Holzer is raising questions and encouraging people to challenge authority. 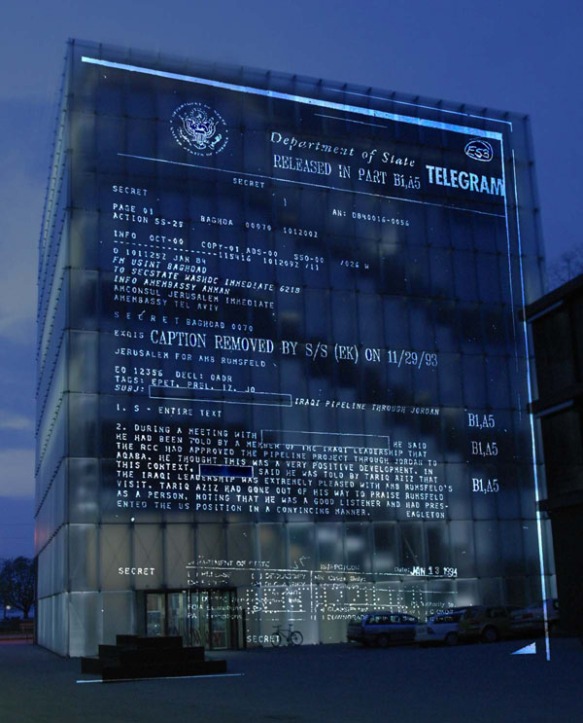 Ultimately, what interests me most about Holzer’s work is that it shows both a single-mindedness of purpose and an ability to use an extraordinary range of approaches to realising the work and engaging with the widest possible audience. For it to be possible for art to affect social change – something many artists might aspire to to a greater or lesser extent but arguably few achieve – it is surely necessary to get the work out of the gallery and other expected sites. Holzer does this with commitment and intelligence.

2 thoughts on “Truth and the power of words”