Even knowing about Collis’s transformations of ordinary objects, there’s something surprising about her works that mimic laundry bags. These aren’t readymades subtly transformed by the inlaying of jewels; they’re even less what they seem to be at first glance. Rather than woven plastic, the bags are made of paper – okay for thoroughly dry laundry, but run out of coins in the laundrette and there’s a chance your bag could collapse on the way home – and their woven appearance is just that: an appearance. A very carefully drawn on one. 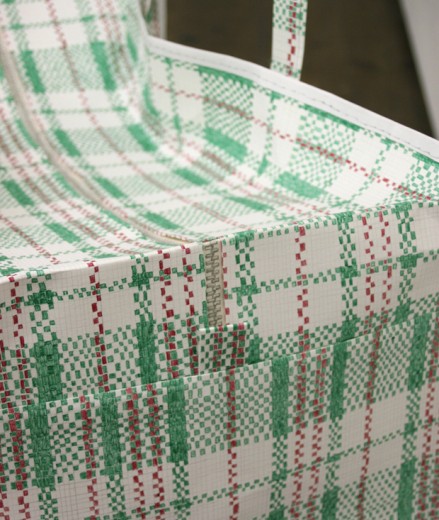 The pattern of the woven bags is added with biro with fittings like the zips rendered in pencil. Clearly this is a hugely time-consuming exercise, so the works raise questions about the nature of their making as well as about the relationship between drawing and sculpture. 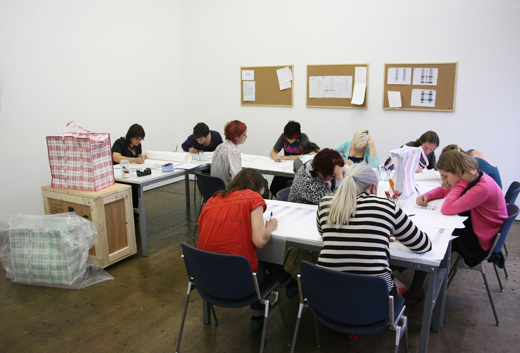 The debate about the hand of the artist is, of course, an old one and not really something I  want to explore in depth here. Most pertinent in this context perhaps is the Warholian idea of the studio as factory, as a space where art is manufactured. Collis goes further than this though, turning the making into performance. We don’t just know that the bags are drawn by others, we get to see it; in Sweat – Collis’s 2008 exhibition at Seventeen Gallery in London – a team of workers laboured over gridded paper to draw out the weave patterns in biro. As Warhol turned the studio into the factory, so Collis turns the gallery into a sweatshop. 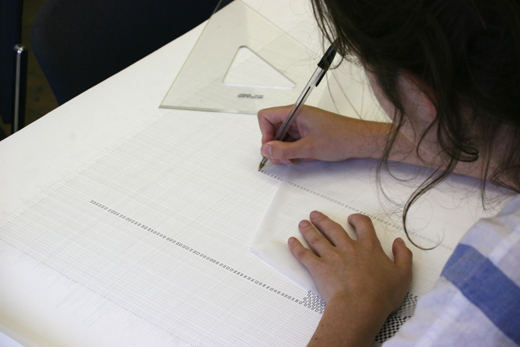 Drawing, sculpture, performance? The unexpected answer is that work that starts off looking like a readymade turns out to be all three. 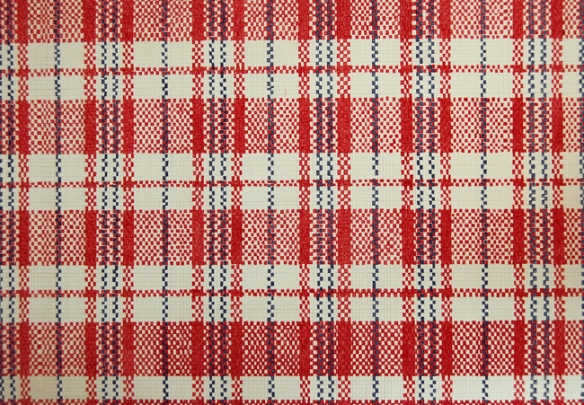