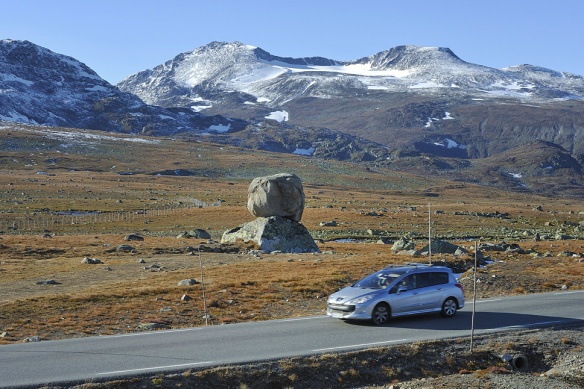 Fischli/Weiss, Rock on Top of Another Rock, 2010

By the side of a tourist route in Norway a large rock sits improbably on top of another rock. Were one to drive past and fleetingly glimpse this rock pairing, it would be possible to catch sight of them and wonder idly whether this was a balancing act made by man or nature. Are the rocks there to mark the way? Are the the site of some ancient ritual? Are they like that following a landslide? If one weren’t looking out for them, contemporary art probably wouldn’t be one’s first thought. In fact though, this curious arrangement – the momunmental equivalent of countless pictures on Flickr – is Rock on Top of Another Rock by the Swiss artists Peter Fischli and David Weiss. Londoners might know a newer incarnation of the work which currently occupies a site in Kensington Gardens just outside the Serpentine Galley (of which, more later I rather suspect).

What interests me here isn’t the work – though that does fascinate me and it’s a work I’d really love to see – it’s the process of proposing such a sculpture. Just as Michael Landy drew out his idea for Break Down – the subject of a previous post – so, according to Peter Fischli, who spoke about the work and the process of its commissioning at the V&A earlier in the year, Fischli/Weiss used an image as a core element of their proposal. Unlike Landy though, they didn’t make a drawing. Instead, they found an image on the internet. The nature of the image may come as a bit of a surprise… 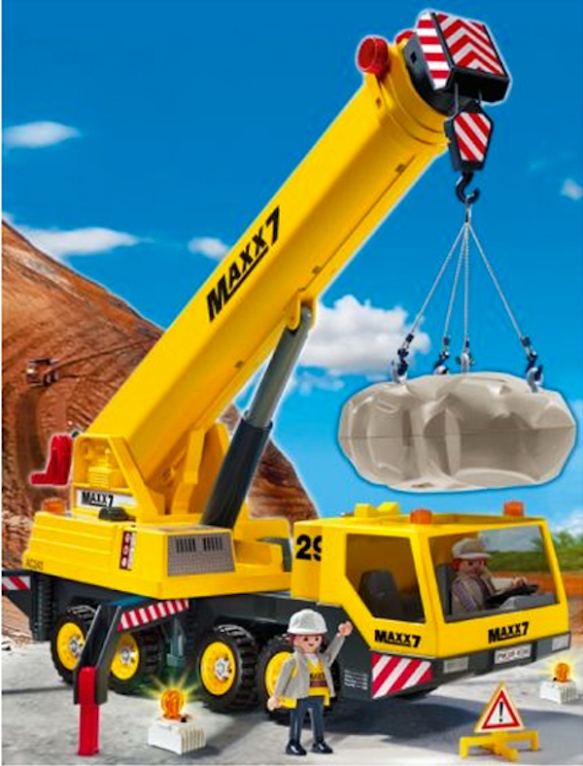 That’s right. To illustrate what they wanted to do in making an artwork for the side of the tourist route, Fischli/Weiss used a picture from the box of a Playmobil crane. Good work!

I’ve loved Fischli/Weiss’s work for a long time; given that it’s the humour in the work that makes it so enjoyable, I was enormously pleased that Peter Fischli came across as being just the right combination of intelligent, knowledgable and funny. Apparently, when approached about the possibility of making a work for the side of the tourist route, the pair were very sceptical but agreed to go and have a look because the landscape looked so beautiful and they fancied a free trip. They were won over really by the idea of creating a work that could be easily missed, but might make passersby wonder quite what they’d just seen and whether they’d imagined it. The work draws on a long tradition of balancing rocks, often as way markers. And, having found the bottom rock in situ, all that was necessary to make the piece was to identify the top rock, get a crane and lift it into position. Just like the picture! 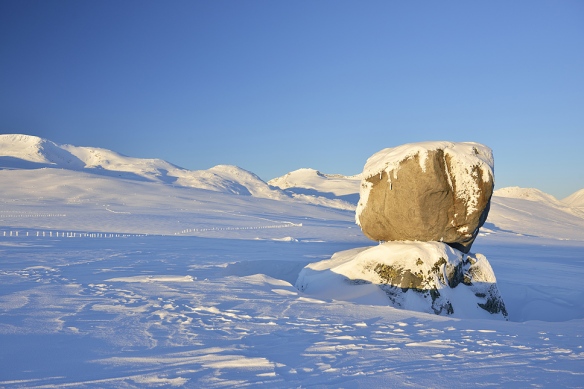 This is a work I would really like to see. And having looked for pictures of it for this post, I realise that it’s a work I’d especially like to see in winter. Art and snow! What could be better than that?