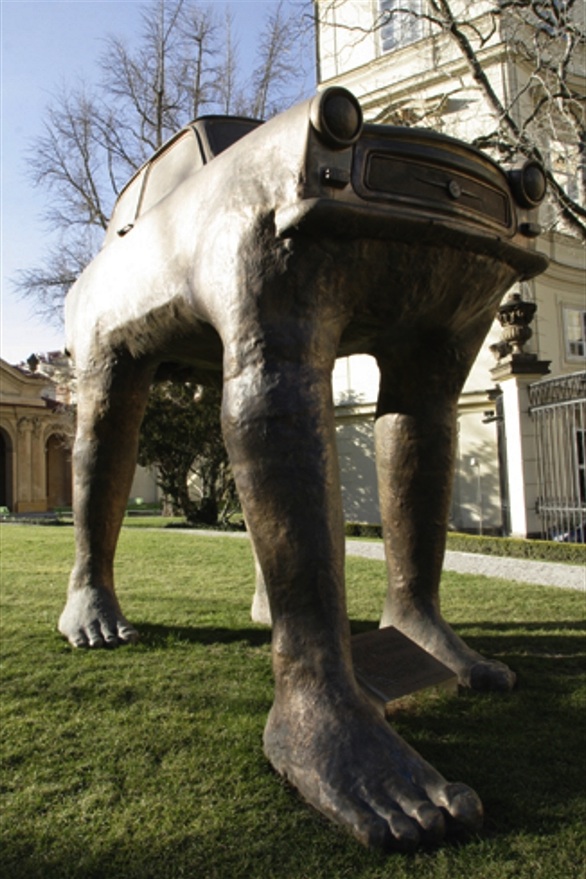 Though David Černý’s work may at first seem to be all about the visual joke, his sculptures often do make a political point. Given the artist’s reluctance to talk about his work and what his intended meaning for it might be, it can require a bit of knowledge and/or research to get to the heart of the matter. For me a case in point is the sculpture Quo Vadis, a Trabant on legs, that I encountered quite by accident in Prague. (Had I done my research before visiting Prague I might have planned a walk through the city to find more of  Černý’s public sculptures; as it is, well, maybe I’ll get back there and follow the Černý sculpture trail at some point.) Anyway, while a bit lost, I ended up looking through a fence into the garden of the German Embassy, intrigued by the sight of a car on legs. That the car in question was a Trabant – a cheaply produced East German car, with a fibreglass body – was a clue. 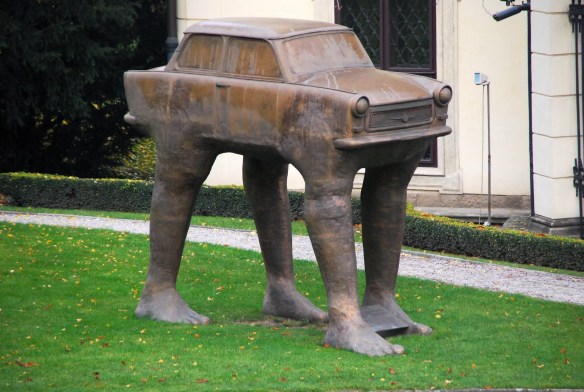 The location here is important too. In the run up to the revolutions of 1989 that ultimately resulted in the fall of communism across the Soviet bloc, East German refugees who reached Prague would scale the fence and camp in the garden of the West German Embassy, housed in the Palais Lobkowicz. By 30 September 1989 when Hans-Dietrich Genscher, the West German Foreign Minister, announced a deal to allow the refugees passage to West Germany where they would be given asylum, there were thousands of East Germans in the makeshift refugee camp in the gardens. Leaving Prague for West Germany, through this chink in the iron curtain that helped speed its collapse, many left their Trabants behind. 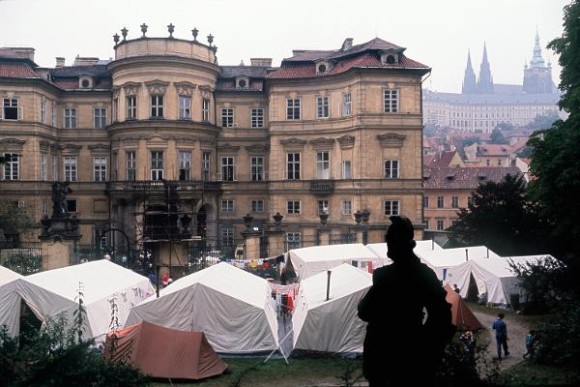 As a reminder of an event of historical significance, the meaning of Černý’s reworked Trabant is pretty clear and given the relevance of the work to its location it seems like a site-specific work. In fact though, the work was first shown elsewhere as part of an exhibition called Old Town Courtyards. At that first appearance though, in March 1991, it was the timing that carried the extra level of significance: the work was installed on the day of the reunification of Germany. 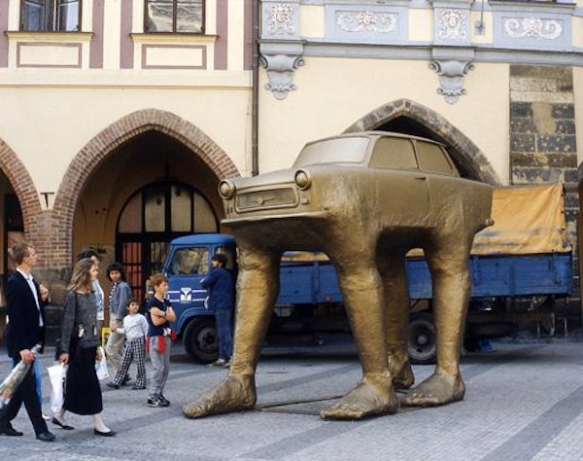