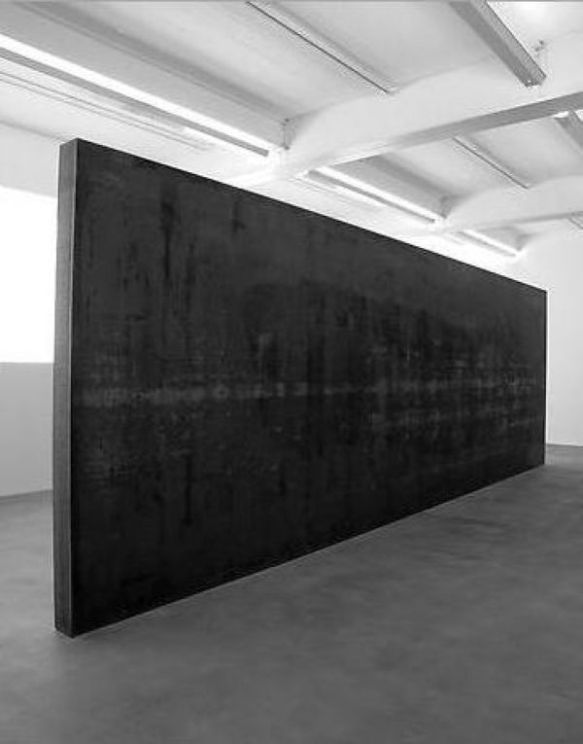 Richard Serra’s sculptures scare me. Well, sort of. When I stop to think about the weight of steel and the way they just stand there minding their own business but capable of crushing anything in their path should they choose to fall, then they scare me. Mostly I just kind of marvel at the scale of them and at the quiet way they hold their immense power in check.

Though I really liked everything in Serra’s exhibition at Gagosian in London in 2008, ultimately for me it was all about two works. The first of these, Fernando Pessoa, is a simple wall of steel. It just stands there, unsupported. The wall is ten inches thick, any less and it would be at risk of toppling over. As it is, it just looks like it could fall. It’s an extraordinary presence in the space, bisecting the room but becoming almost nothing when seen end on. 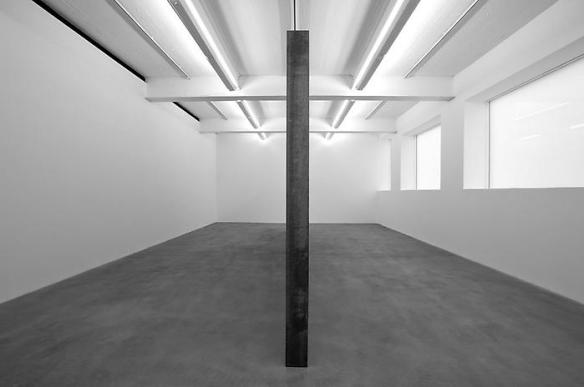 I spent quite a lot of time with this work. I alternated between feeling safe and somehow protected by its solidity and being awed by its terrifying power. There are all sorts of resonances: it speaks of heavy industry and of the barriers that divide spaces and separate people, but in the end it’s about balance and the mathematics. If Serra’s got the sums right, we’re safe; if not, well, this isn’t a sculpture to mess with. 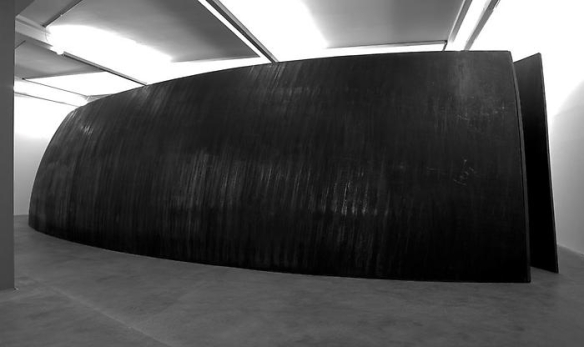 I loved the Serra installation at the Guggenheim in Bilbao and there’s a work of his at Dia:Beacon that baffled and delighted me, but Open Ended is probably my favourite Serra. It’s vast and overwhelming, yet somehow up close it’s like a pencil drawing – the surface of the steel is beautifully ambiguous – but it’s neither of those things that does it. 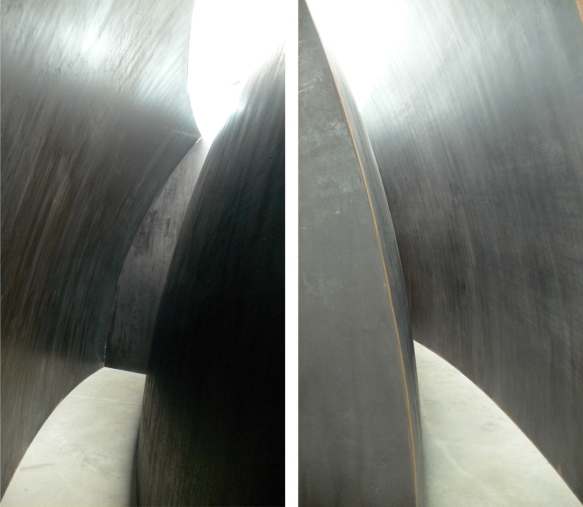 As one walks into the work it looms and arcs overhead, first this way then that as the narrow corridor is traversed; like other Serra works it somehow opens out into an unexpectedly large central space before sending one back to the outside world. It’s this part that becomes really bewildering. Leaving the work, I find myself completely unexpectedly at the opposite end of the space. Like others, I stand there, in awe of the work and of the artist, thinking “how on earth did he do that?” 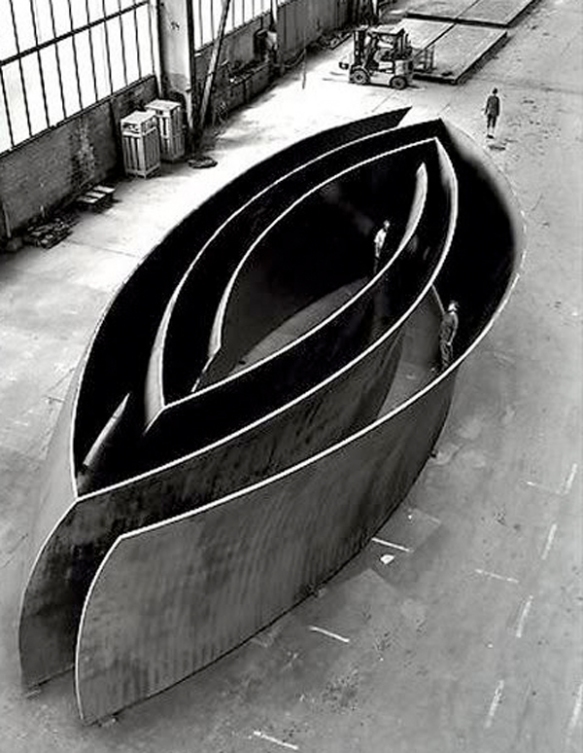 Open Ended from above

Though looking at pictures of the work from above I can clearly see the how the piece is laid out and I fully understand how the corridors fit together, I still don’t quite understand how I got from one end of the gallery to the other without noticing that that’s what was going to happen. The utter brilliance of this piece, for me at least, is quite how baffled it left me feeling. Serra’s work often seems to defy gravity. Open Ended also seems to defy reason.

2 thoughts on “Nerves of steel”