Cindy Sherman started making her Untitled Film Stills thirty-five years ago. I suppose it’s part of the nature of that project that though the images are now very familiar and though others have moved into Sherman’s territory in the meanwhile, her images don’t seem dated. In mimicking different film genres, Sherman created a body of work that has a certain level of timelessness built in. Nonetheless, thirty-five years is a long time and the Cindy Sherman who appears in the pictures in the on-going Untitled series over the past decade or so is very different from the young woman who appeared in the Untitled Film Stills. Sherman is now middle aged and the work she’s made in recent years reflects this; she is a woman of a certain age.

In her mid-forties, Sherman started to appear as a woman hanging on to her fast-fading youth. The versions of Sherman who populate these pictures are using light-reflecting make-up to, well, reflect the light and thereby hide the wrinkles. That light-reflecting make-up and photographic lights aren’t a good combination is kind of the point here but a quick flick through a few magazines will generally reveal that it’s a point that eludes a lot of people including celebrities with stylists who really should know better. Look out for the tell-tale white circles around the eyes. 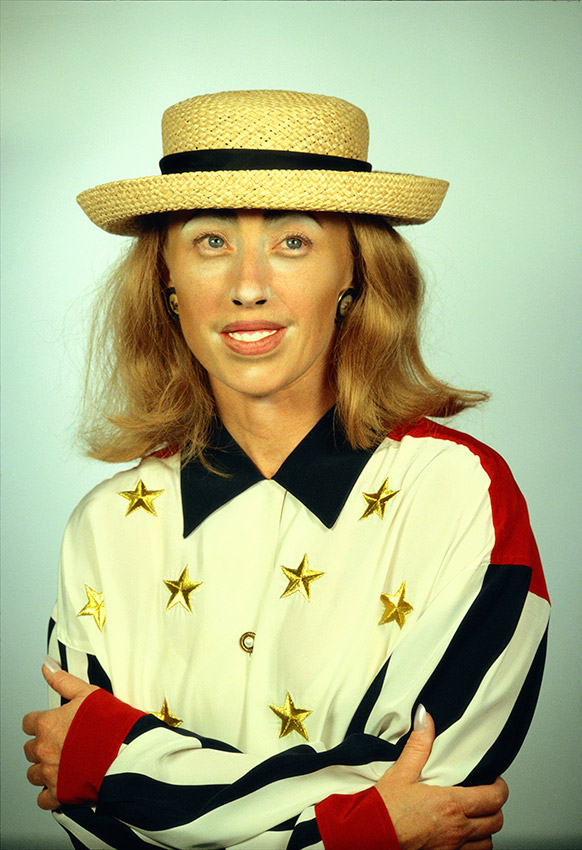 In playing these women, Sherman becomes grotesque. This is mainly down to the effect of the make-up but it’s also about the air of desperation the characters exude. In a strange way, they seem pretty sure of themselves but this is a misplaced confidence that allows a slight air of neurosis to seep through. 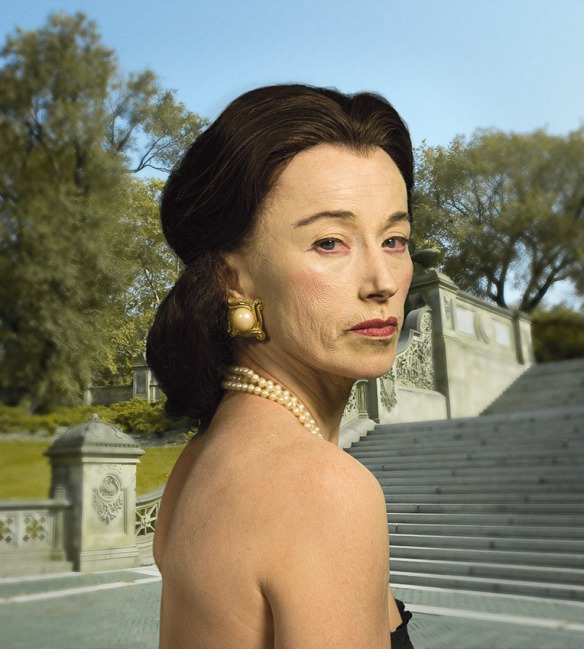 Cut forward a few years and the now fifty-something Sherman is playing an altogether better class of woman. Sort of. These are society women. They are expensively dressed and hang out in places that suggest a history of sorts. The make-up is less obviously grotesque but there are obvious wrinkles. The faces are either haughty and impassive or holding slightly unconvincing smiles. Despite the signs of age, these are women whose lack of emotion suggests that they may have had a bit of work done.

I think what interests me the most about these works is that Sherman seems to be portraying the type of women who find themselves with time on their hands and money to burn. Museum patrons and art collectors, perhaps? There is a comedy to these pictures that doesn’t feature in Sherman’s earlier work. If this can be read as mockery, then who gets the last laugh: us, Sherman or those who collect her work?

1 thought on “Mutton dressed as lamb”