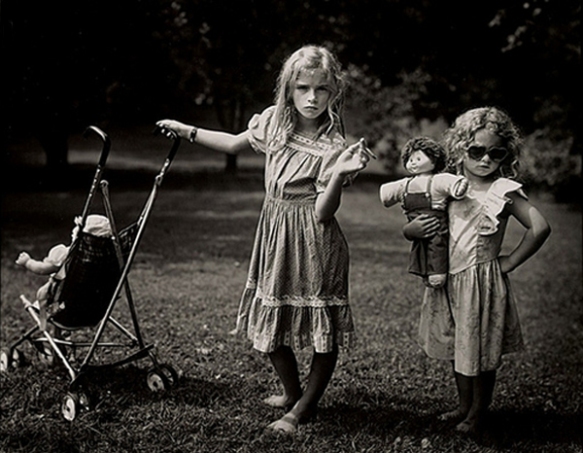 Sally Mann’s series of photographs of her children Emmett, Jessie and Virginia, made over a seven year period and both exhibited and published as Immediate Family, tells of the freedom of long hot summers spent in the countryside around the family’s home in Lexington, Virginia. Mann photographed the children only in the summer when they were out of school and free to play. Made with a large format camera, the pictures are very far removed from the informal snapshots we generally take to document family life. These pictures – whether they look it or not – are deliberately posed and carefully made. The children are playing but their play is for the camera.

Given the heat of the Virginia summer, it’s perhaps unsurprising that the children are often naked and it’s this that has caused the greatest controversy. Given the hysteria that now surrounds images of children it’s hard to see Immediate Family without factoring in the issues that now surround the representation of children. 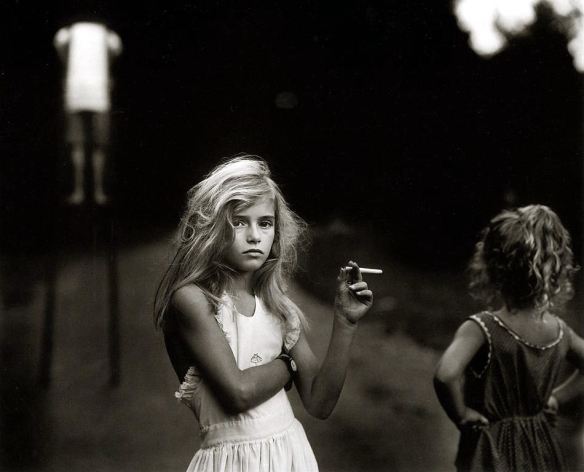 In quite a lot of the pictures the children seem to mimic adult poses in a way that children do but which feels somewhat uncomfortable here. Is this the role-play that most children engage in or is their apparent knowingness born of exploitation? And what of the children once they have left childhood behind but for whom it will always be present in book form. In most families there are pictures that parents threaten to show their children’s future partners; in the Mann family such pictures are all too public. Though my understanding is that the Mann children agreed to the project and its subsequent publication and though it sounds like the family are close and considerate of one another, it is this that concerns me far more than the nudity. 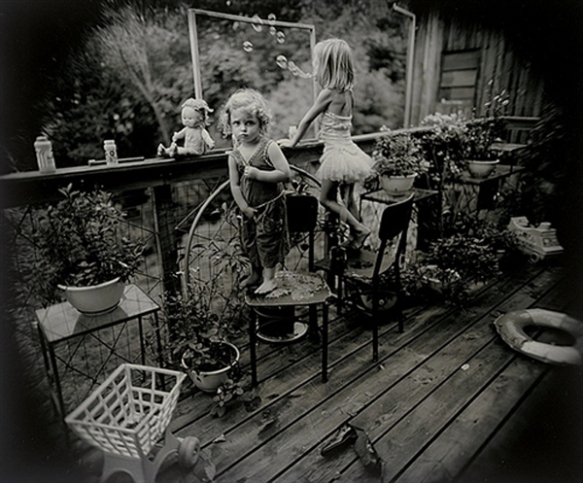 In a way then, it’s interesting to here the thoughts of the now adult Mann children. In 2001, aged 18, Jessie Mann was interviewed by Aperture magazine and described the idea that she and her siblings were exploited by their mother as “puritanical idiocy”, adding that “…despite the way those photographs complicated and expanded our lives, I believe that the entire process was for our own good, because it was done with faith in art.” The acknowledgment that their lives were complicated by the series was something Jessie Mann expanded on, saying “Those images, our childhood stories, our very characters, were consumed by an outside meaning, which was in a way bigger than we were. As we grew up we didn’t just grow into ourselves, we grew into the larger conception of our characters that others projected for us.” 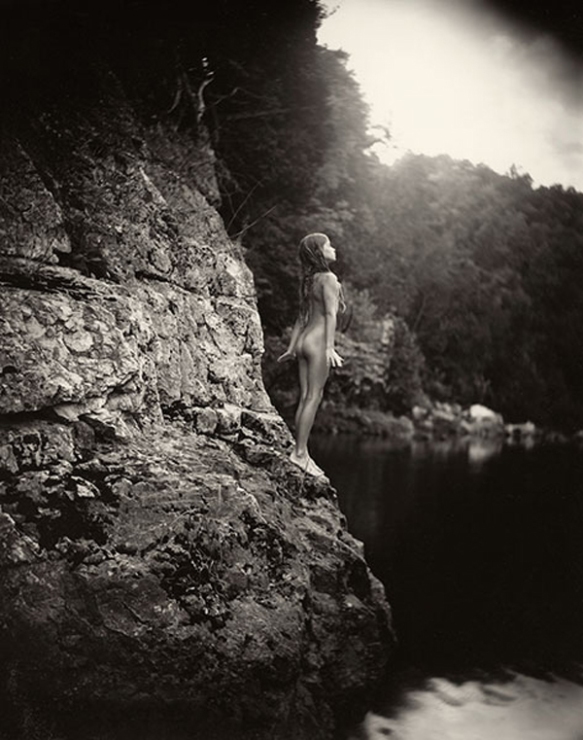 The interview with Jessie Mann is interesting in that it answers some of the questions that many who know the work will have wondered about. But it’s also disconcerting for that same reason; the Mann children are familiar but though I understand them as real and see their posing as play, nonetheless they seem to an extent like fictional characters. Despite this, I find myself wondering whether her views have changed in the intervening decade.