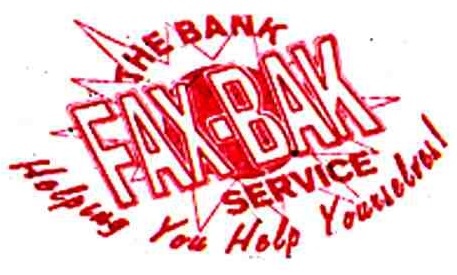 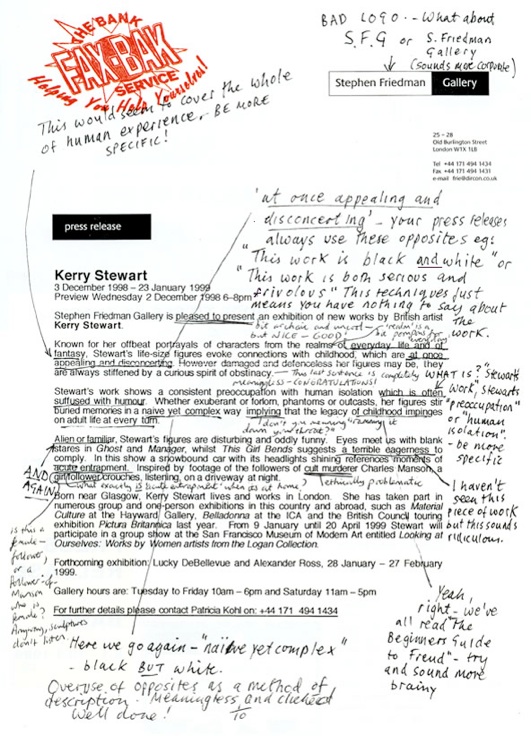 It can be hard to write about art without sounding pretentious and those who write press releases are often given to over-theorising in an attempt to make the work they are writing about sound especially interesting. Perhaps unsurprisingly, such attempts at shoe-horning cleverness into the text often results in bold but meaningless assertions; those who write gallery press releases are usual fluent in art-wank. Getting their metaphorical red pens out (actual pens but usually black), Bedwell, Russell and Thompson amused themselves, and each other, by ‘correcting’ the press releases.

They corrected the grammar, critiqued the logos and typefaces in use, deconstructed the text to highlight the many examples of pretentiousness, meaningless assertions and general misuse of the English language on display, gave marks out of ten and faxed the press releases back to the galleries from which they had come. 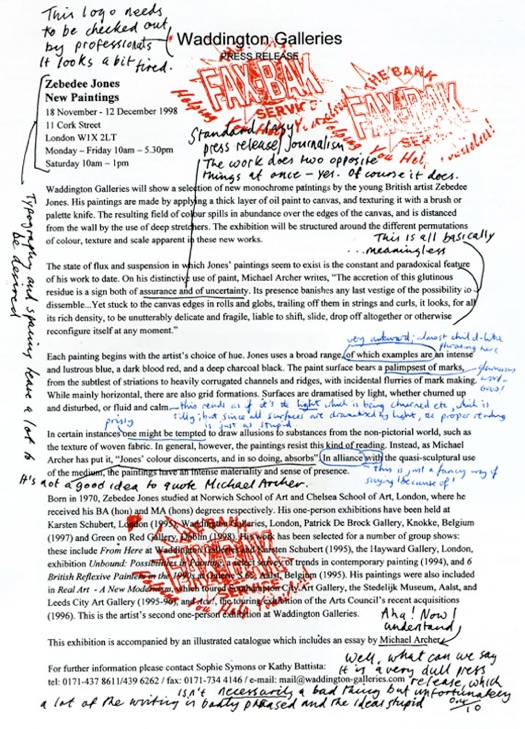 And then, when they had a big pile of press releases, they exhibited them.

I saw the exhibition Press Release – it appealed to the copy editor in me and made me laugh – but as far as I remember I hadn’t seen its press release until I came to write this post. I find myself amused and appalled in equal measure by its rogue apostrophes. ‘It’s meaninglessness’! What? Why did no-one correct it?

6 thoughts on “In the BANK”