In a way it’s just a short leap from Tips for Artists Who Want to Sell to the three things John Baldessari believes every young artist should know, though rather than painting these he chose to impart them to Henry Joost and Ariel Schulman, the directors of the short – very short, we’re talking six minutes here – documentary A short History of John Baldessari. It turns out it’s possible to find out quite a lot about Baldessari in six minutes, though I suspect knowing a certain amount about the man and his work before hand does help.

That the film was made in the wake of Baldessari’s Pure Beauty exhibition which started at Tate Modern before visiting several other major museums including the Metropolitan Museum of Art in New York means it’d be pretty clear even to someone who’d never heard of him before that Baldessari is a major figure in contemporary art. We also learn that he is very tall, has a bushy white beard and has pledged never to make any more boring art.

And we find out what’s on his bookshelves.

Above all, the film confirms Baldessari’s sense of humour and his ability to not take himself too seriously. I’ve long liked Baldessari’s work, A Brief History of John Baldessari makes me like the man as much as the work. As a film A Brief History of John Baldessari works really well for me. The aesthetic and humour of the piece fit well with Baldessari’s practice and the use of Tom Waits as the narrator adds exactly the right tone of absurdity. It feels entirely appropriate that we hear, in Waits’s trademark drawl, of such important matters as the fact that Baldessari may once have wondered how tall Clint Eastwood is.

But what of those three things every young artist should know? After all, advice from one so eminent is surely useful. Well for those who haven’t watched the film to the end, here they are: 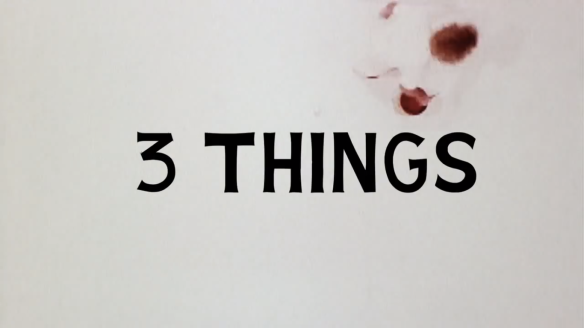 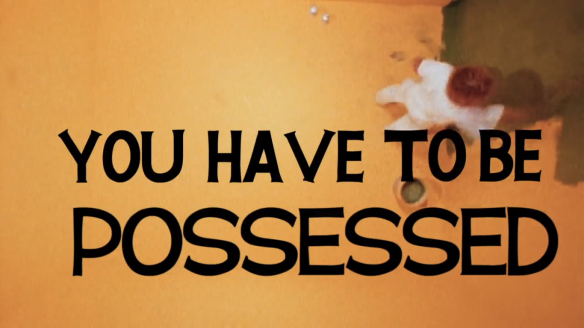 Can’t argue with that. Well, you could, but there’s a lot of truth in there so what would be the point? And it comes with a pleasing little reminder of Baldessari’s 1971 video work Six Colorful Inside Jobs.

1 thought on “Never boring: A brief history of John Baldessari”