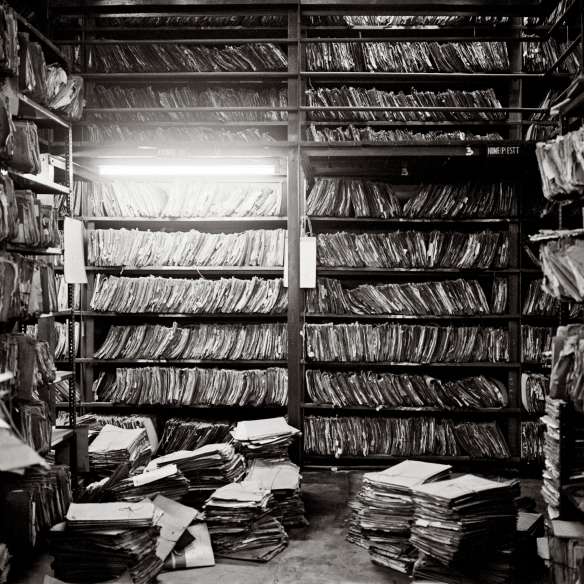 Thinking about presentation is all well and good, but what about the pictures? Dayanita Singh’s work always fascinates and the museums work for me as much for what is hidden as for what is shown with tantalising hints of pictures stashed behind pictures. Of all the museums, the pictures I was most familiar with before the Hayward show were the File Room series which I also saw in the German Pavilion in Venice. The pictures, as far as I’m aware made almost by accident with Singh drawn to photographing the files in the places she visited without initially realising it, show the file rooms of various institutions in India – courts, state archives, local government offices and the like – documenting the extraordinary paper-based bureaucracy that supports a nation with a population in excess of a billion. Over time, of course, digitisation will eliminate the vast accumulation of paper. But in the meanwhile, in archive after archive and office after office, the paper piles up. 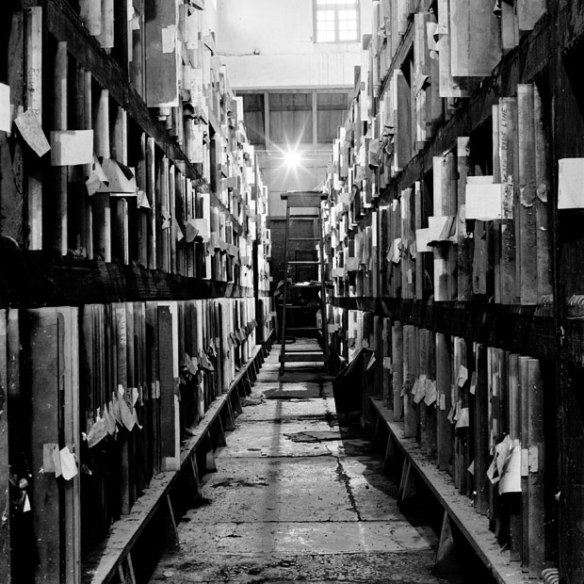 What interests me the most I think is the overwhelming scale of it all. It’s hard to imagine how anyone ever finds what they need in these labyrinthine archives in which every corridor of shelving looks alike. I’m pretty good at libraries and archives and I understand filing systems – I’ve devised a few in my admin years – but the scale here is daunting. The prospect of all this paper ever being reformatted into a more manageable form of data seems improbable so what will become of it all? 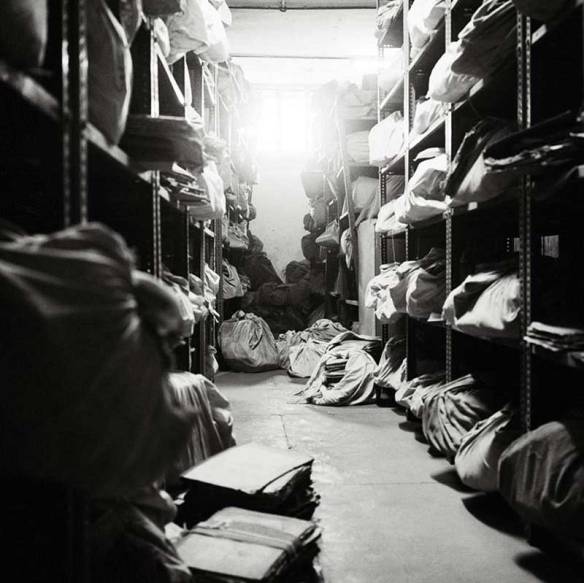 I’ll readily admit it: I don’t like filing. Piles of paper tend to form around me and I know I should sort them out, filing the important stuff and dumping the inconsequential. At work I tend to have an occasional blitz of contents of my desk; at home, I’m even less inclined to face the tedium head on. In a way I think, Singh’s pictures act as a salutary reminder of why I need to set some time aside. I’ll never quite create a filing problem on this scale, but in my own small way I’m helping bury the world under a big pile of paper. It’s just that my stash is rather less organised than the file rooms Singh documents. Which, in some cases, is saying something. 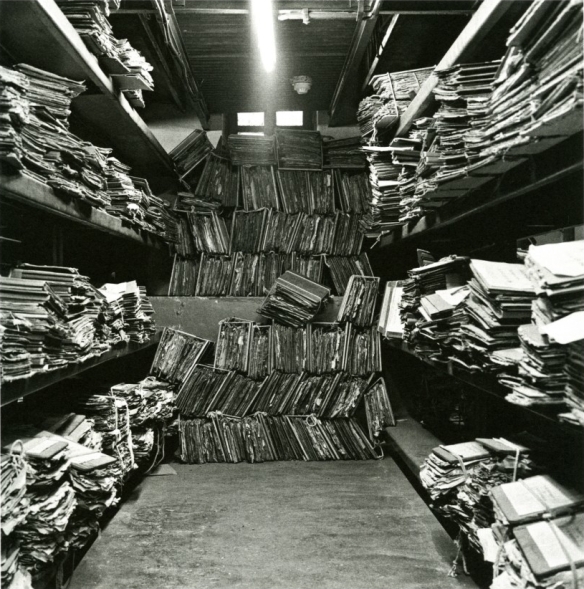 In the end, I can’t help but wonder if paper could be almost as big a storage challenge as nuclear waste, albeit a rather less toxic one.