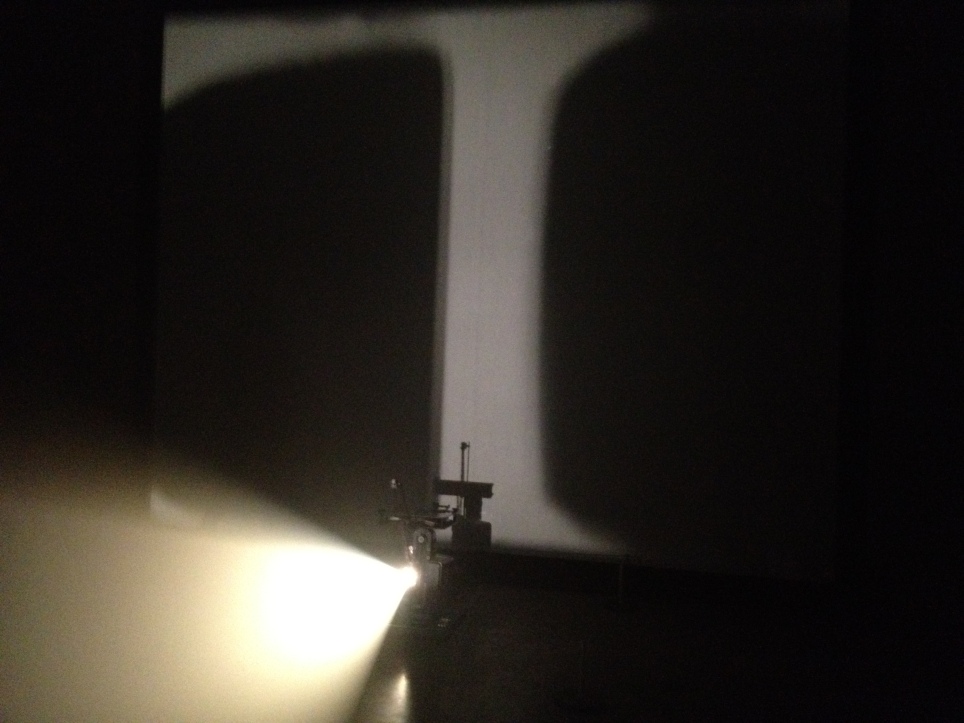 Performance art in museums is still something of a rarity. Though film/video installations do fare a bit better, the prospect of having a space dedicated to showing practices such as these in a major museum is an exciting one. Given that I am also intrigued by the reuse of former industrial spaces, all in all I’m quite excited about the opening of The Tanks – the vast underground tanks that once held the oil for Bankside power station – at Tate Modern. Converted, like the building itself, by architects Herzog + De Meuron, The Tanks are not remotely like the white wall gallery spaces we’ve come to expect. Like the Turbine Hall, The Tanks – two large circular spaces plus some smaller rooms – have been left unashamedly industrial.

In many ways Lis Rhodes’s Light Music which I saw in The Tanks at Tate Modern reminded me of Anthony McCall’s solid light works, such as Line Describing a Cone (1973). There is the same use of a hazy space to accentuate the beams of projected light. But it is also a very different work. Though both can be described as drawings, Light Music feels more random, as the lines one screen come and go; like much of Rhodes’s work, in some ways, this feels more like collage.

Light Music installed in The Tanks at Tate Modern

The work consists of two projectors, facing each other and projecting onto opposite ends of the space. The drawn lines that form the abstract shapes on screen have been printed to the edge of the film strip so that the project also reads them as audio. In this way the abstract lines and shapes that appear and mutate on screen become an overwhelming, abstract music. Though the sound can be grating in its intensity, the opportunity to interact with the beams of light is enticing and kept me in the space for quite a while. It’s in this respect, that the similarity with McCall’s solid light works is strongest: this is film as a place to play, to disrupt the projected image and cast shadows on the screen. 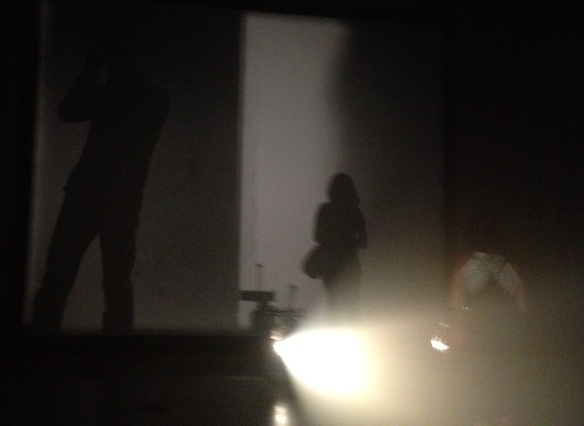 Outside in the Turbine Hall, figuring out who occupies the participant and audience roles in Tino Sehgal’s These Associations is part of the puzzle. Here it’s clear. We’re all the performers now. According to the Tate website, Rhodes made Light Music as a ‘response to what she perceived as the lack of attention paid to women composers in European music’. I’m not sure many of the people when I was there would have know this and quite probably still fewer of them would have minded not knowing. Light Music is one of those works that is transformed by the way the audience interacts with it and while the connecting with between the audio and visual elements of the work are clear, for me at least, it’s a work that works without further contextualisation.

The Tanks: Art in Action continues at Tate Modern until 28 October 2012

I have written about both Lis Rhodes and Antony McCall in the past for MostlyFilm.com: Lis Rhodes: Dissonance and Disturbance (a review of Rhodes’s recent exhibition at the ICA); Present Tense: Film, Cinema and the Gallery Space (about Anthony McCall’s solid light works and Christian Marclay’s The Clock)