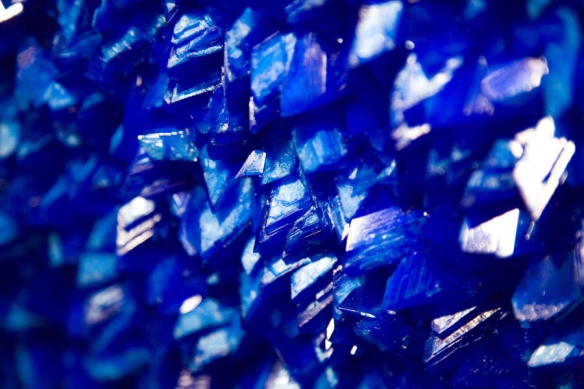 Although I knew the basis of the work – a flat full of copper sulphate crystals – nothing could quite have prepared me for Roger Hiorns’s 2008 installation Seizure. Unlike the installations I’ve written about in the last few posts, this wasn’t remotely disorientating – that wasn’t the idea at all – rather, it was the astonishingly beautiful result of a process that was both hugely ambitious and possibly a little bit crazy.

With the support of Artangel – who make it possible for artists to realise unusually difficult projects such as this one, or Michael Landy’s Breakdown – Hiorns sealed one of the flats before introducing copper sulphate solution which was then left to crystallise. The result was a blue wonderland in a run-down low-rise block in inner London.

Outside and the entrance to Seizure

The council flats at 151-189 Harper Road in London were boarded up and due for demolition and not at all the kind of place one normally expects to find art installations. It’s also not that common to turn up at an art exhibition and be asked to put on wellington boots and sturdy rubber gloves. Arriving at opening time – which shows quite how excited I was about seeing Seizure as I’m really, really bad at mornings and only really start the day within the generally accepted timeframe under duress – I was fortunate both to avoid the lengthy queue that built up each day and to see the work more or less empty. 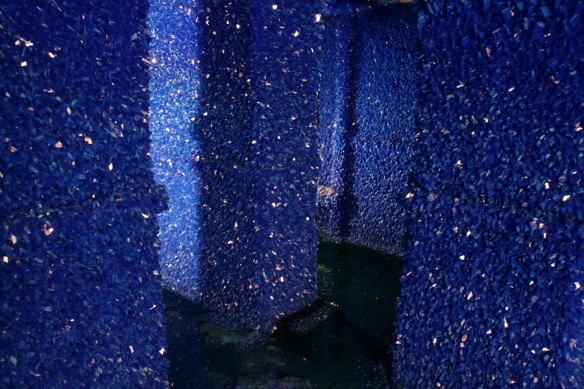 The work was quite simply, and literally, amazing. The walls, floors and ceilings were covered in copper sulphate crystals. The light glistened off their surfaces making the whole space seem quite magical. The space was quite small but, while in a way it would be extraordinary to see a work like this on a vast scale, the limited space worked really well. Flats like this one really aren’t great places to live, especially after years of neglect. That one should become a kind of enchanted grotto made the transformation all the more exciting, like something from a fairy tale. 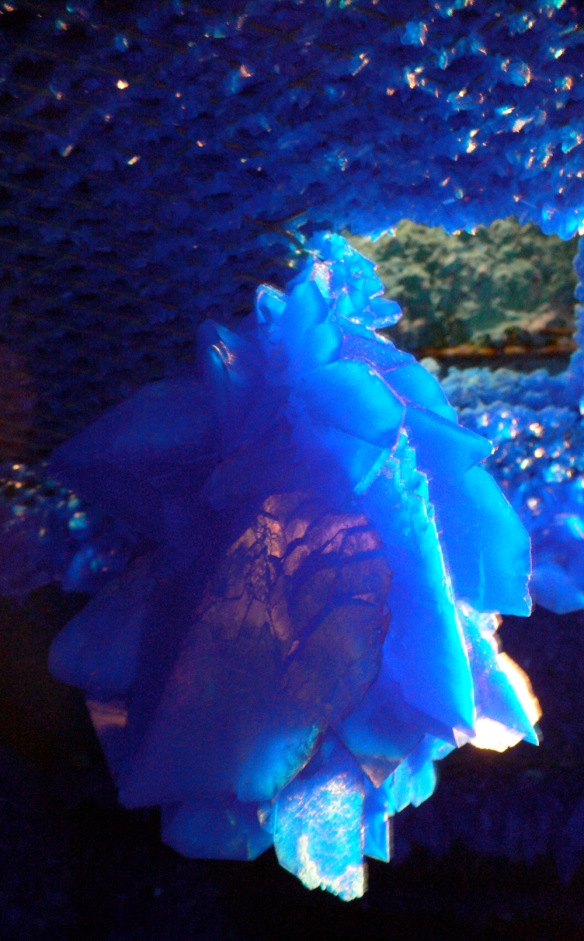 There were places where the usually quite even growth was disrupted. Large crystals hung from the ceiling by a hole that had presumably been used to introduce the solution into the space. The floors were discoloured from the constant stream of welly-booted visitors; and I’d guess the mound of crystal growth was caused by a drip of solution or something.

The final, unexpected, detail was the bathroom. Here the bath had been left in place and was now also blue with crystals. This returned the space to the domestic, serving as a reminder that this was a transformation of a place that had one been a home.

Seizure interests me not just because it was extraordinarily beautiful but also because it touches on all sort of ideas about how we make are and the different roles of artists and scientists. The process of making is an auto-creative one in that the artist has introduced the materials into the space and stepped back to allow the installation to grow.

Clearly this is a work in which art and science come together but is Hiorns taking on the role of a chemist or of a child with a chemistry set? Arguably, part of the wonder of Seizure comes from our familiarity with copper sulphate crystals; many, maybe most, of us have grown them at school, albeit with rather less than the 75,000 litres of solution that Hiorns used. 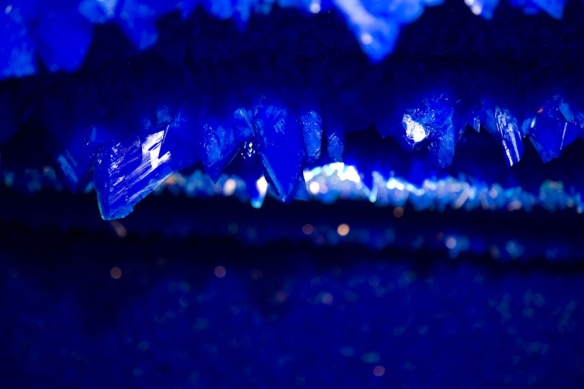