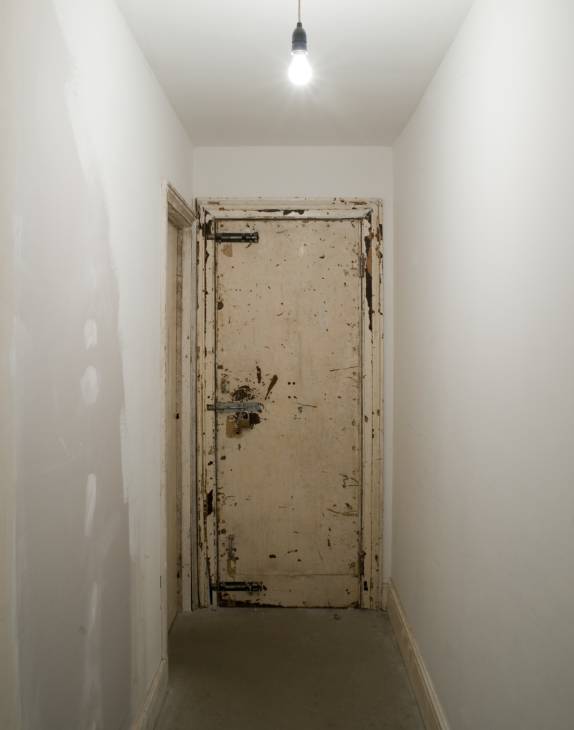 There’s a slightly shabby door in Tate Britain that leads into another world. It’s a world that allows me in but never makes me feel welcome. It’s a world I wouldn’t want to live in, or even be in when anyone’s home, but one I love to visit. And, if the Tate website is accurate (not something that can guaranteed given its longstanding confusion about the whole thing), it’s a world that is only accessible until Sunday. 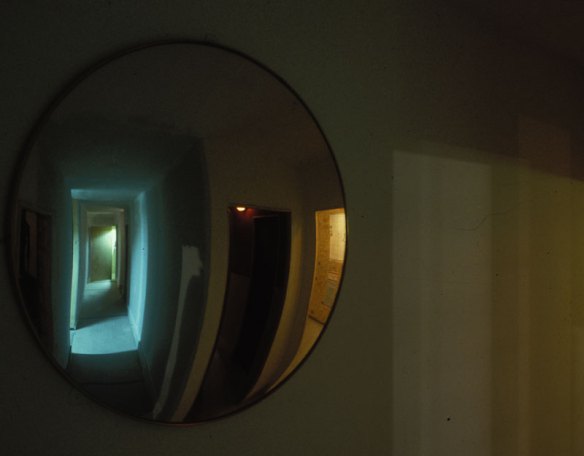 I’ve written about Mike Nelson’s extraordinary installation Coral Reef before at some length for MostlyFilm.com and I’m not going to repeat myself here except to say that Coral Reef is a great work and one I will miss being able to visit. If you’re in London and have time to lose yourself in its labyrinthine narrative this weekend then you should; you may have to wait ten years for another chance.

Mike Nelson says of Coral Reef that he is inviting spectator to be “lost in a world of lost people” which feels about right. This is London; not the London I experience day to day but a version of it I still recognise as part of my city. It’s a disquieting experience but, in my view, its a fascinating and unmissable one.

Mike Nelson talks about the installation in a Bloomberg Tate Shots video which can be watched on the Tate website.