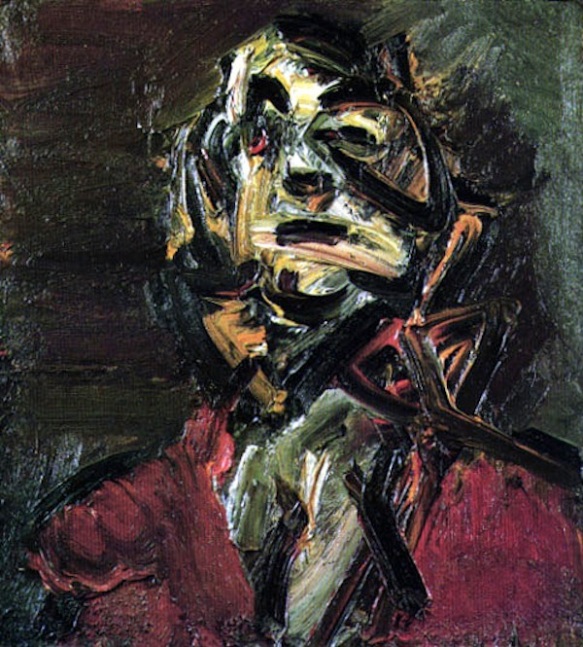 For Frank Auerbach painting is an obsessive process. He paints the same people over and over again – J.Y.M., or Juliet Yardley Mills to give her her full name, is one of Auerbach’s favourite models; he’s painted her regularly for decades – often painting layer upon layer until he’s happy with the result. As a consequence both of his style of painting and the way the image is built up over a period of weeks or months – and who know, possibly years in some cases – the surfaces become almost sculptural. Even in reproduction – which, let’s face it, is how we often see art – the texture of the paint is apparent. Or so it seems. 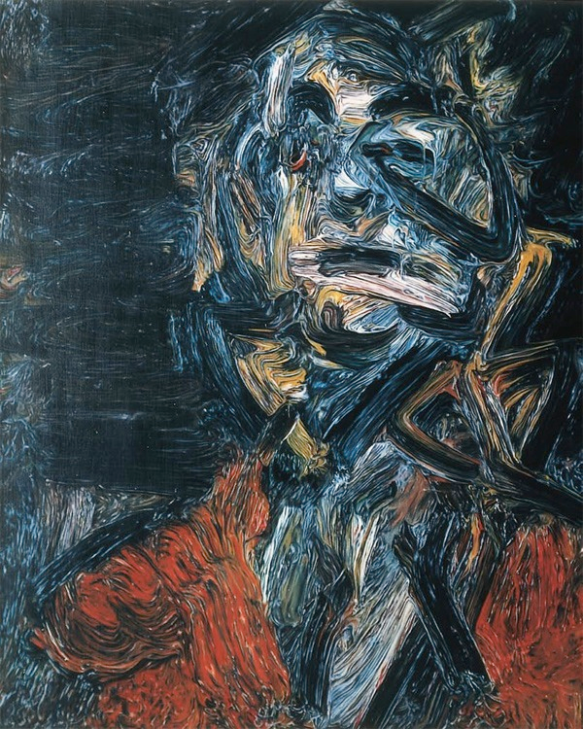 Glenn Brown has become almost as obsessed with J.Y.M. as Auerbach, painting several variations of Auerbach’s portraits of her. Brown’s works, while unmistakably taking Auerbach’s works as their source, are usually somewhat different though it’s often apparent that  Brown’s works could be copies made from slightly less than perfect reproductions of the original paintings. And herein lies the tale.

Much has been written about the role of painting once photography came along but perhaps the most influential text on the continued relevance of painting and the aura of the original in an age when the reproduction is often one’s first encounter with the work is Walter Benjamin’s essay The Work of Art in the Age of Mechanical Reproduction which is also the source material for the first episode of John Berger’s fascinating television series (and the first chapter of the subsequent book) Ways of Seeing, well worth watching for all sorts of reasons, not least its wonderful 1970s-ness.

One of the key differences when we see a painting in reproduction – apart from the loss of aura – is the loss of surface. In print, Auerbach’s heavily textured surfaces become smooth with highlights indicating where the paint texture has caught the light. It is the flat surface that Brown has reproduced. 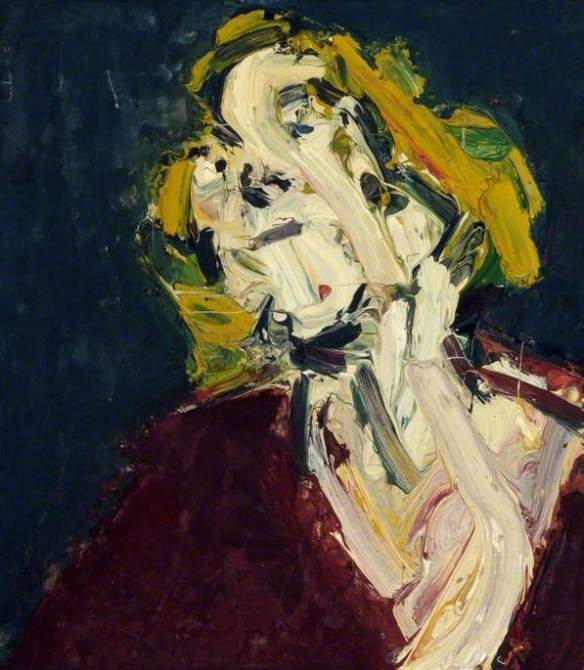 Where Auerbach’s impasto is three dimensional, Brown’s copy is smooth and lacking visible brushstrokes. There’s something extraordinary about seeing these paintings in real life. From a distance, the eye reads the texture of the Auerbach source material but as one gets closer it becomes apparent that Brown’s reworking is as smooth as the printed page.

Quite apart from the way this work comments on the way our relationship with paint has become skewed by seeing works more often as prints and postcards than in real life, Brown’s work is also fascinating in its own right. These are extraordinary paintings, in front of which I always find myself peering closely to spot the occasional very slight evidence of the artist’s hand. 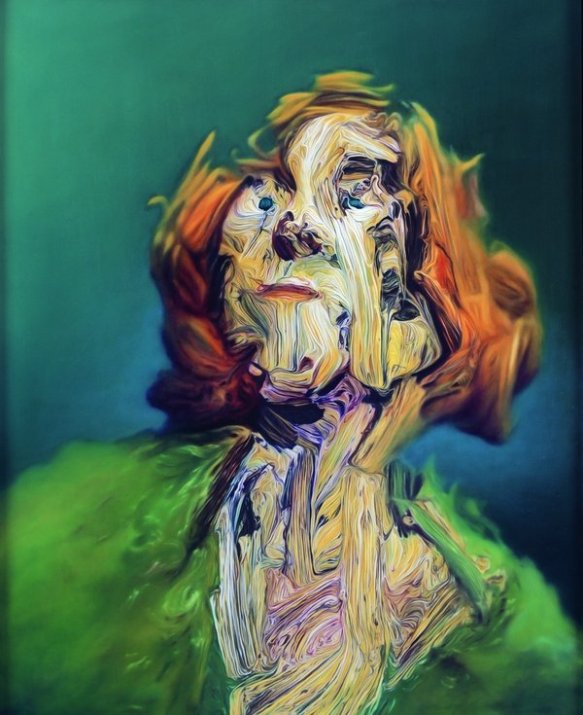 The translation of rough to smooth could be seen as a trick, as a bit of a one-liner even. I’d argue that Brown’s work is more than that though; it speaks of the strange relationship painting now has with photography and it does so in a way that words really can’t. And if it is a trick, it’s a pretty good one.

5 thoughts on “Smoothing the surface”