As we lose the analogue television signal, the impetus to get rid of old analogue televisions is even stronger. The cathode ray tube makes them bulky and heavy next to the sleek lines of plasma and LCD televisions and the need to have an external box to pick up a signal adds to the feeling that the time has come. But that same bulk that seems so annoying in the average living room is key to quite a lot of art from the last few decades. The box is part of what can blur the boundaries between moving image and sculpture. In the case if Nam June Paik’s TV is Kitsch it is the physical presence of the television casings that gives the work its form.

Nam June Paik was one of the first artists to use video and his work often involved pushing available technologies to their limits. He first used television sets in Exposition of Music-Electronic Television in 1963, using electromagnets to distort the images. Paik was part of the group Fluxus and with a background in music was particularly influenced by John Cage who he first met in Germany in 1958. 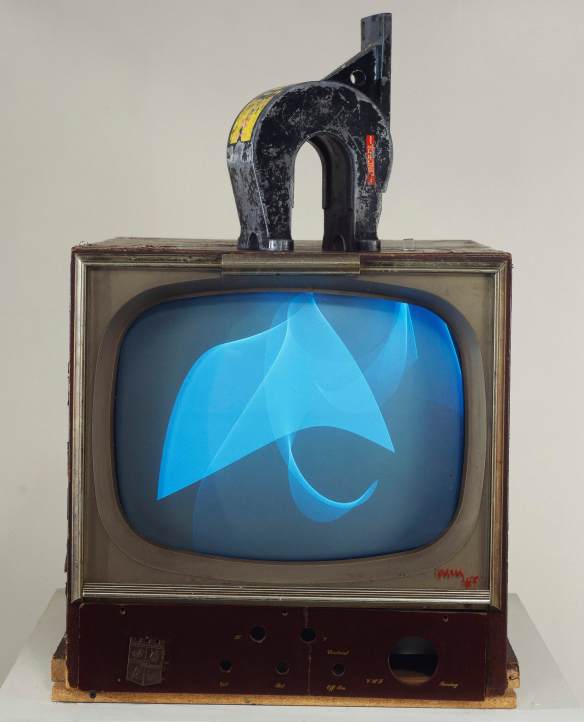 In Paik’s Video Flag a bank of 70 televisions show fast moving images that alternate between the stars and stripes that define the American flag and images from news reports, the statue of liberty and faces of American presidents. The work is immediately recognisable as the flag and hence also as referencing other art works such as Jasper John’s flag paintings.

The centrepiece of The Worlds of Nam June Paik at the Guggenheim Museum in New York in 2000 was a waterfall from the top of the museum down to the rotunda – the rest of which was occupied by televisions facing upwards showing Paik’s video works – which was intercepted by laser projections. Living in London I’m far from a regular Guggenheim visitor but I did see Paik’s show and it was by far the most spectacular use of the space that I’ve seen. 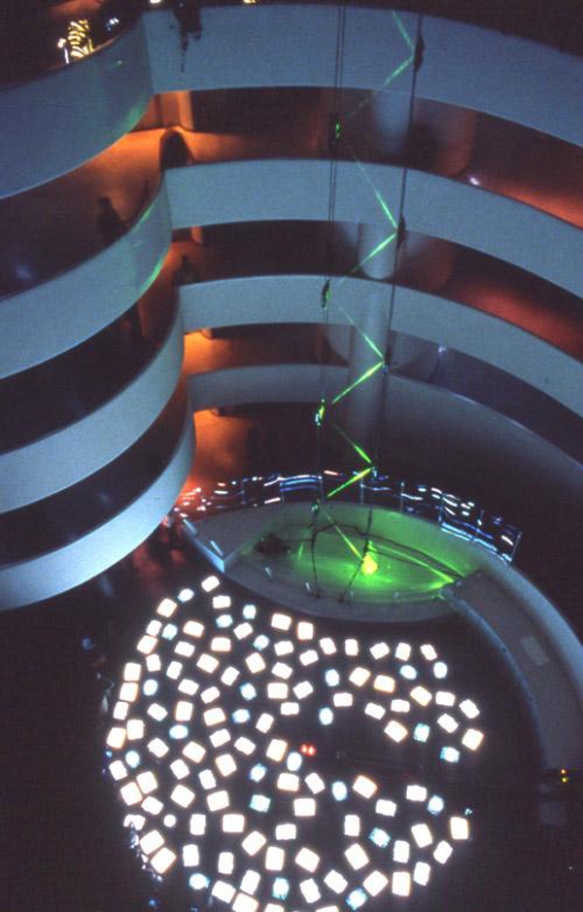 As Paik’s work amply demonstrates, artists are often among the first to adopt new technologies, but equally they are among the last to hang on to old ones. Though using a CRT screen is now an active decision rather than the default, it’s a decision I think a lot of artists will continue to make for some time to come.

2 thoughts on “Boxes of tricks”